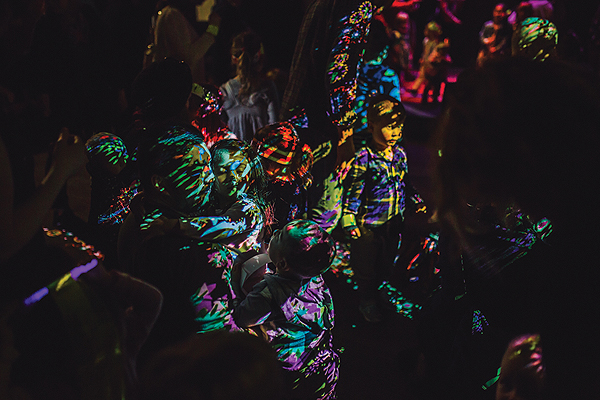 In August, the West Projections Festival will again fill the inner-west with light and colour. Now in its fifth year, the festival has provided countless artists with a very unique canvas; Footscray.

Some of the suburb’s most iconic landmarks have been lit up as part of the festival – from Footscray Station to Franco Cozzo’s. 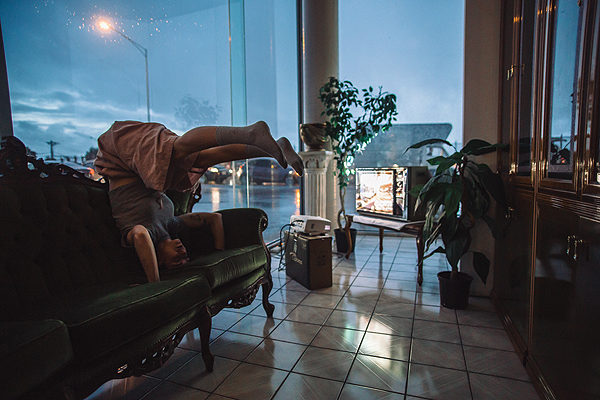 In 2018, West Projections spreads its wings across Seddon and West Footscray for the first time, as well as nineteen sites in Footscray.

The theme of ‘non/FICTION’ invites artists and audiences to explore the grey areas of communication, language and interpretation – something the festival itself has been doing since day one.

West Projections, by nature, blurs the lines between public and private space – it is physically transformative. In 2016 it transformed the beige, brutalist façade of the Highpoint shopping centre into a kaleidoscopic mirage. Shopfronts, by day their owners’ best marketing tool, become galleries, accessible to all. It is truly democratic.

In 2017, a line of heritage family homes in central Footscray morphed into a shifting streetscape. These houses were saved by their owners when they were due to make way for the Regional Rail Link. The projections arose from dialogue between the homeowners and artist Daniela Rodriguez. 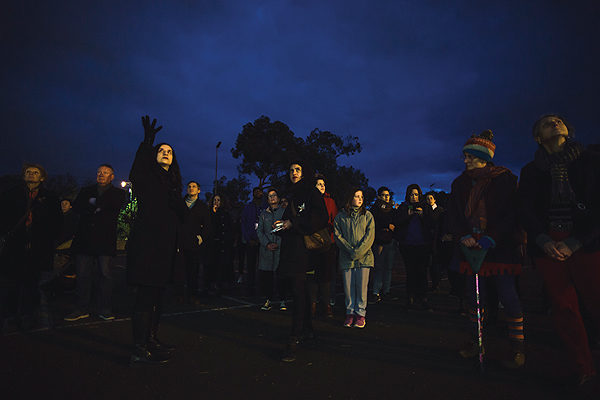 ‘Right Side of the Tracks’, as it was titled, allowed a neighbourhood to celebrate what they almost lost – and show it off to enthralled audiences.

Nick Athanasiou of Skunk Control, a festival stalwart, is looking forward to bending the rules, and the audience’s perceptions; ‘Viewers should expect to see works that challenge the theme’s definition and pick it apart to create visual works and interpretations that might leave them surprised, uplifted and might prompt personal reflection’. Skunk Control’s works are colourful, arresting and playful, but are informed by a diverse range of technical fields, such as engineering and science.

Hence, they are looking forward to, ‘Conveying nonfiction via a fiction route… using a metaphor to relay a reality’.

The opaque relationship between artist, audience and ‘canvas’ has been instrumental in the festival’s success. Expect the lines to be even blurrier this year. 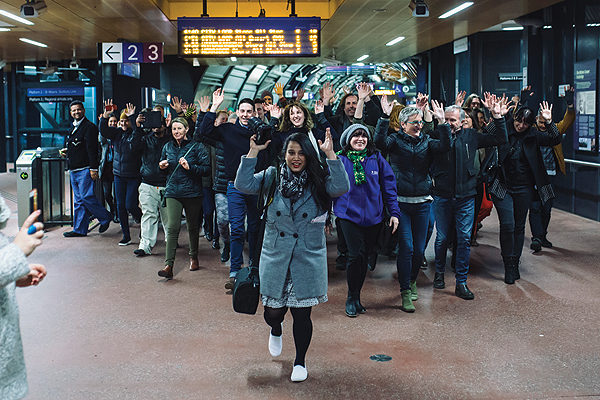 In 2018 a total of seven walking tours will ferry audiences through the rabbit hole and into the luminescent maze.

The various projections can be viewed independently from 6 – 10pm throughout the festival, but these curated tours will give audiences the opportunity to hear from the artists behind the art and the people behind the festival, with unique performances along the way.

Paradise Lost, on the 4th, will highlight our new frontier of Seddon, while Good Cop and Bad Cop, on the 10th and 11th respectively, will do the same for West Footscray.

On the 18th, Once Upon A Time will put the spotlight on sites away from the Footscray CBD bustle, while Going Down the Rabbit Hole on the 23rd will do the inverse, taking audiences along the buzzing Nicholson and Chambers streets. Fact or Fiction on the 24th will weave through works by artists such as Youija Lu and Kate Geck, while The Magical Mystery Tour on the 25th will culminate with a unique intertextual performance by Clinton Green and Carolyn Connors.

Bookings are essential for these walking tours, with tickets at $10 – head to the website to book your place.

The official launch of this year’s West Projections Festival is taking place on Friday the 17th of August in Footscray’s iconic Nicholson Street Mall. In past years the launch has provided people with the opportunity to immerse themselves in several projections in the one place, and this year will be no different. The launch will also feature performances by Isabella Gilbert and Born to Boogie, Virtual Reality with Fierce Mild, and music from VU student bands and DJ Sezzo. The launch is a free, welcoming way to view Footscray in a new light.

A smash hit last year, this family-friendly dance party returns to Kindred Studios on the 25th of August from 1 – 3pm. This year’s party will feature projections by Spektraflash, dance gurus Born to Boogie and an interactive drive-in experience courtesy of Wheelie Good Time. The corresponding event was a sell-out in 2017, so make sure to book your tickets ($10) online.

From 6 – 9pm on the 18th of August, Mr West in the Nicholson Street Mall will host a series of dance pieces seen through virtual reality. Directed by artist Jonathan Homsey and choreographers Trevor Santos and Tarik Frimpong, this night will be popular, so make sure to book online beforehand (tickets $10).

This Will Be My Last Test

This merging of projection, sound and performance by artists Clinton Green and Carolyn Connors will be happening twice a night (7 – 8pm) from the 23rd to the 25th of August near Cheaper By Miles. The event is free, so why not combine it with the curated walking tours on those nights?

Visit http://www.westprojections.com for more information and to book into the walks or special events.