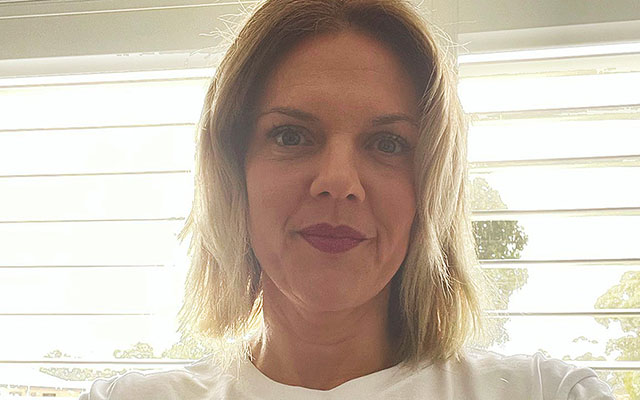 Sitting down to a conversation with Sarah Lungu, one gets a sense she knows her delicacies very well, yet also wields a steely determination. Even on Zoom during Victoria’s most recent lockdown, Sarah’s resolve is evident – almost tangible.

But as Sarah herself shares with openness and trust, a sense of hope isn’t something she’s always had.

Instigated by bullying issues in a former workplace, and the subsequent shattering of her sense of confidence and self-worth, Sarah has reached the depths of despair. Taking her own life has at times been an ever-present thought, and it’s something she’s attempted, survived, struggled with, and made enormous progress with managing.

“My experience being bullied caused not only serious mental health issues, but also seizures and fits, and I’ve been diagnosed with epilepsy”, Sarah tells me. “That takes a lot to be managed, but my type of epilepsy is the least of my problems. The mental health stuff is really hard, and that’s not downplaying epilepsy at all.”

After months of comments on her appearance, negative statements about her capability, and the duplicitous way these things were handled, Sarah initiated legal proceedings against her former employer and was prepared to go to court. She wanted to share her experiences with the hope of highlighting the impact it had on her.

“The legal side took two years, and we ended up reaching a settlement. I actually wanted to go to court, because I thought that would be the best way I could tell my story”, said Sarah.

“But with all the delays because of the pandemic, and the time these things can take, my lawyer said it might be years away from resolving. I just wanted it over in the end, so we settled out of court. That closure has really helped”, she said.

I ask Sarah how she feels talking publicly about her mental health issues.

“I was very nervous when I first posted about it on social media a little while ago. I really didn’t know what people might say, or whether they’d just ignore it, because that’s the fear and the mental illness talking. I just needed to put it out there, and so many people sent me messages saying things like, ‘I feel like that sometimes too’ and ‘I thought I was the only one’, and that’s really helped me because I don’t feel so alone. Hearing other people’s stories, and seeing if I can remind them that they’re important, that helps me too. My psychologist says we need to talk to ourselves like we would talk to someone we care about, and I’m starting to be able to do that now”, she says, and smiles with a well-deserved degree or pride.

Sarah’s no longer working in the field she was a few years ago. With her experience and the help she both receives and gives in being open about her mental health, she’s exploring getting into suicide awareness and prevention work.

“I am so grateful for what I’ve been through and learned, because it gives me a lot of understanding that I didn’t have before”, said Sarah.

“I’ve done my mental health first aid, and a program called SafeTALK, which I loved. I do some volunteering and am on the committee for the Macedon Ranges Suicide Prevention and Action Group (MRSPAG). With all this experience and knowledge, I’d really like to be a facilitator in suicide prevention and do whatever I can to try and get rid of the stigma and shame that’s still pretty common.”

Sarah touches on the support that’s helped her get to where she is today, and what helps her keep going forward.

“My husband is amazing, always there for me, and my kids are my guardian angels, which I often tell them! There’s no way now I could ever leave them. My family and a few close friends have also helped me get through this dark period”, she says. “My psychologist and psychiatrist have been really good. I see my psych regularly and that helps a lot.”

“I’ve found that my safe place and thing to do is go to the gym. I was never a gym person, but it’s amazing for me! I just started going for some fitness and to lose weight, and realised that the whole time I was there, huffing and puffing away, my mind felt calm, and I didn’t have all these worrying thoughts in my head. I’d really look forward to that time out, and then that calmness started happening on the way to the gym, and then back home from the gym, and I love what it does for me.”

Connecting with other people at the gym has also been a saviour for Sarah.

“I go to Functional Fitness Plus in Gisborne near where I live, and the whole place is just great. The staff are really supportive, they talk about exercise, and food, and mental health. It’s about being healthy, and I love the support. I’ve made some new friends there and we talk about what’s going on as well as training so it’s been really amazing for me, I can’t thank them enough!”

Sarah and I talk about how lucky we are to live on the outer edges of Melbourne at the moment, with so much nature and open space around us.

“Getting out in nature is something I do when I can feel myself getting really stressed and anxious. Mount Macedon is really nice, and so is Lerderderg Gorge. It can be enough just to get outside and walk around, and the bad times pass after a bit.

“And my music! I listen to music so much, it’s a really good way to shift the thoughts and I like true crime podcasts for that as well.”

Sarah and I talk for an hour, and while it feels like it’s flown by, there’s a depth of conversation and openness that I also get a real sense of a kindred spirit in her. She knows the torment of being treated appallingly, the depths of despair that can leave you wondering whether people are better off with you gone, and she also knows the work and the patience needed to recover.

THE CHOICE TO BE HAPPY

BEAT BURNOUT IN THE WORKPLACE