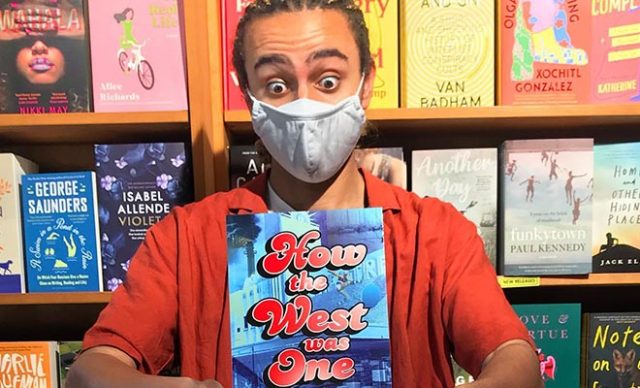 ‘How the West was One’, edited by Karyn Howie and Sue O’Brien, is a superb collection of post World War II stories from prominent Australians who grew up in Melbourne’s western suburbs.

A memoir, these yarns, from thirty-nine contributors. capture what it was like to live in suburbs like Footscray, Seddon, Yarraville, Sunshine, Altona and many others in the 1950’s, ’60s and ’70s. Ever wondered where Rob Sitch and Michael Leunig started out? Actor Kevin Harrington and musicians Mark Ferrie, Wendy Stapleton and Pat Wilson? They all grew up in what was the industrialised, working class western suburbs.

Rob Sitch paints a picture, in the book, of a different type of worker from his childhood days. One who was involved in factory shift-work in places like Kinnears Ropes in Footscray. “A place where if you were one of the lucky few of school-mates who got to go on excursion to see rope being made. Those of us who weren’t selected for that coveted trip won the booby-prize. A tour of the abattoirs instead to observe how meat was made, or should I say extracted. I’m sure it was the beginning of a vegetarian life-style for at least some of those eight year-olds,” says Neil Anderson from The Footy Almanc.

These stories celebrate a much loved and reminisced Melbourne community and is perfect for someone new to the West or someone wanting a trip down memory lane.

The book is a fundraiser for Western Chances. Western Chances helps talented and motivated young people in Melbourne’s West realise their potential through financial scholarships and their Links program. For more info visit: www.westernchances.org.au.

How the West Was One: Memoirs of Melbourne’s Western Suburbs
Edited by Karyn Howie and Sue O’Brien. Foreword by Rob Sitch.
Published by Boom Baby Boom Publishing
Available at the Sun Bookshop, 10 Ballarat St, Yarraville

Photo caption: Jamil from the Sun Bookshop recommends How the West was One.