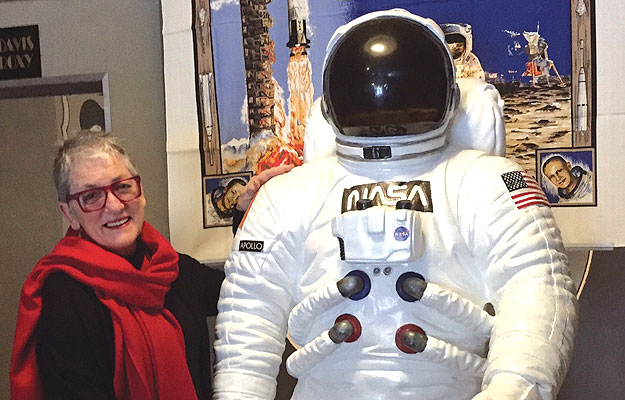 Public concern about asylum seekers suffering in offshore detention centres on Nauru and Manus is growing. Williamstown-based Hobsons Bay Refugee Network (HBRN) welcomes this change, but is also concerned about the fate of people left languishing in Australia, waiting years for decisions on their visa applications. These individuals and families are often denied work rights and have recently had their living support allowance cut by the Federal Government.

President of HBRN, Ann Morrow, says we should not forget those suffering in the western suburbs. “These people have fled from persecution and war torn countries seeking a safe haven in Australia. They deserve to be treated with respect and dignity,” Morrow said.

The group is raising funds to help support these endeavors at their film fundraising screening of First Man, at The Sun theatre on Friday November 9. The film has been critically acclaimed and tells the story of the successful Apollo 11 mission and the first man to set foot on the moon, Neil Armstrong.

Guests should arrive at 6.30 pm in time for a 7 pm screening. Complimentary snacks will be served and there will be great raffle prizes to be won.

Tickets are $25 from www.trybooking.com/YQVS.  Donations can also be made on the site for those unable to attend.

FEAST FOR FREEDOM WITH ASRC THIS MARCH