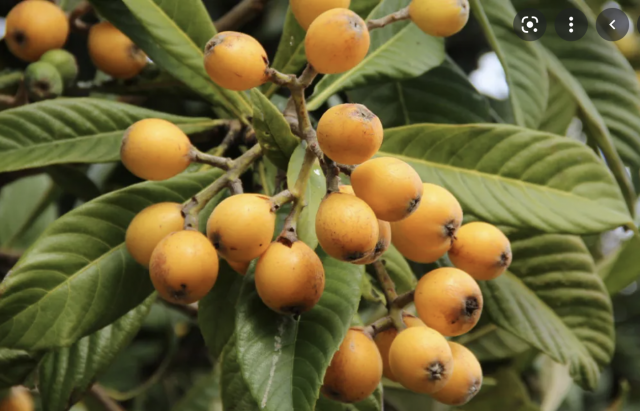 The ABC recently featured local fruiterer, Thanh Truong, who likes to be known as ‘The Fruit Nerd’.

On a mission to get us taking more notice of what we may have growing in our backyards, or those of our neighbours, he is paying particular attention to a fruit with an Asian history. Many of us may not recognise or even realise is edible.

An evergreen with large, tough dark green leaves growing up to 10 metres tall the tree may be visible over neighbourhood fences and is identifiable by its yellow to orange fruit. 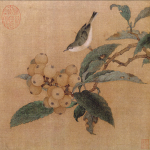 A native of China the loquat has been cultivated in Japan for over a thousand years before being introduced to Hawaii, presumably by Chinese immigrants, and has found its way to the Americas, Middle East, Africa & Australia.

Popular in many Mediterranean countries post war migrants brought seeds with them locally and many western suburbs houses with remnant gardens still sport a large and healthy loquat. There are several cultivars which ripen at different times so they can be in season from early Spring through to early Summer.

Loquat can be used for jams, jellies and chutneys, stewed for pies or made into a sweet wine. An Italian bitter liqueur called Nespolino is made with the seeds, but only from certain varieties as the large seeds do contain a small amount of cyanide and can be poisonous.

If you find a tree near you and want to know more about using the fruit or even selling it to ‘The Fruit Nerd’ check out instagram @fruitnerd.

ANYONE SEEN A “POMME GRENADE”?