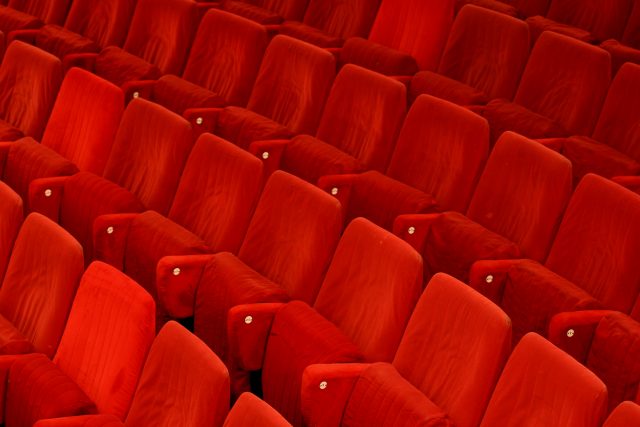 As many Westsiders are aware, there’s more to the wonderful world of movies beyond Village and Hoyts. Sure, those venues can be a great place to see “the blockbusters”, but what about independent or foreign movies? Here’s a few that might have slipped under your radar.

Is a film starring Greek pop superstar Sakis Rouvas Stefanos, who is the front man, guitarist and soul of the incredibly popular rock band Alter Ego. In recent years the band had ground-breaking success, and their potential surpasses those of international standards. A twist of fate changes their path on their journey to fortune and fame, and the group is ultimately rocked by a heartbreaking tragedy.

Azemi is about the war between Kosovo and Serbia, and a young man that lives in Germany. He leaves his wife and everything behind and goes to protect his motherland Kosovo, and he is also a professional sniper. We recommend this movie because it tells the sides of the story for both the Kosovo (Albanians) and Serbians – you can find the movie on YouTube with English subtitles.

This 2011 film is based on Saddam Hussein’s son Uday Hussein. According to this true story, Saddam insists a young innocent man becomes his son’s double by having plastic surgery and ironically he attended the same school as Uday. Our take on this movie says that even though Saddam had all the power he was still very cautious about his life – as you would be – but going to the extent of making a double for his son was extreme. This film can be seen on World Movies(Foxtel) and is an amazing take on a very powerful man in his country and how safe he actually felt as leader.

Devdas is the love story that captured many western audience hearts and was nominated for the BAFTA Award for Best Foreign Language Films. The film starring Shah Rukh Khan who plays Devdas, who returns from his studies in London of 10 years, with the hope to marry his childhood sweetheart Paro ( Aishwarya Rai). However, the two are met by unfortunate circumstances when the parents oppose the marriage because Paro is of a lower class.. When they can’t agree on a plan to be together, they decide to go separate ways, which doesn’t turn out well for Devdas or Paro. Devdas leaves his family home and moves into a brothel where he becomes an alcoholic, which builds a permanent wall of separation between him and his beloved Paro. Paro, left heartbroken, is married off to an older man who only married her to be a mother to his three kids. Eventually Devdas becomes so ill due to the alcohol he was consuming that the slightest amount more could kill him. Knowing this he drinks with an old friend and then travels to Paro’s house to honour his promise and collapses under a tree in front of the main gate.

This 2010 comedy/drama is set in Waihau Bay, New Zealand. Set in 1984, the movie follows a child by the name of Alamein. better known as “boy” who lives with his brother, cousins and grandmother. Boy has a wild imagination; he dreams of Michael Jackson, money and his father who has been locked away in jail for the majority of “boys” life. The movie is a funny, heartfelt story of what it was like to be a child from a broken home in New Zealand. When boy’s father unexpectedly returns home from jail, boy finds himself feeling conflicted. His father isn’t exactly what he thought he was – he’s a thief and a liar and not the hero boy envisioned. Boy has everything a great independent foreign film needs!

When unobtrusive accountant Francois Pignon (Daniel Auteuil) inadvertently finds he’s about to lose the one steady part of his boring, fractured life (his job), panic sets in. The situation escalates when a misunderstanding leaves colleagues believing he is not only soon to be unemployed, but also gay. A plan is hatched, and rather than declare his heterosexuality, Pignon works his own form of laissez faire, frightening his employer into a corner from which his imminent sacking now looks like a gross case of discrimination – but even well intentional lies complicate things and eventually unravel. Auteuil plays the wonderful fool who’s life spirals out of control better than anyone outside Ben Stiller, and when matters are compounded by the suddenly sickly-sweet reformed homophobic Félix Santini (Gérard Depardieu), we are left with a hilarious film that speaks volumes about the challenges faced by the marginalised, no matter your native language. Will Francois come out of “Le Placard”?

This Thai romantic comedy is about a 30 year old woman named Ja that is single and heartbroken by her ex-lover who wasn’t ready to get married. Ja becomes scared to commit because she is afraid of being hurt again. She has close friends that stick by her and are pretty funny. A younger man named Por has always been in love with her and although she didn’t know about her mysterious  lover, she starts to fall for him, even though the age difference was holding her back (he is 7 years younger). We recommend this movie as it is a chance to watch a film that gives a little taste of Thailand, and experience something different from the typical Hollywood movies. If you like “Suddenly 30” we’re sure you will like this. There are also subtitles so you don’t have to worry about not understanding – so enjoy!

Kidnapped and imprisoned for 15 years without knowing why, the main character is suddenly released by his captors. After a series of events and a provoking call from his enemy, he sets out to find the reason for his captivity, get revenge upon those that locked him up, and save the heroine his captors have threatened to kill. Unknown to him, his actions and the actions of those that he interacts with are all thoroughly planned as a form of revenge by his captor. It is when everything is revealed that the main character receives a massive emotional hit, becoming a beast in the process and regretting his every action from when he was released from imprisonment. It is not until later that we find out that this whole mess started as a grudge against him for something he had done in his past which he had forgotten. Talk about taking a grudge to a whole new level! The plot twist at the end will disturb a lot of people but hey, who could say they saw that coming!