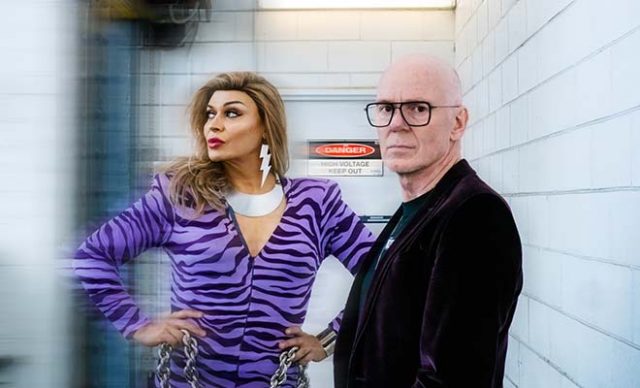 About six years ago, the otherworldly artist and model, Venus Tomarz, approached the conceptual photographer, Robert Earp, based in the Inner West of Melbourne, with a vision.

“I think a lot of people would’ve looked at a story like Venus’s, and it could’ve been quite depressing and dark, or a bit lost, but this whole concept had a direction, and the direction was fabulous,” Earp explained, of Tomarz’s nascent ideations of how to convey her transgender journey, when I met the duo via Zoom on an otherwise terrestrial Sunday.

Their chemistry as collaborators sparkled from the moment they joined the call; they riffed and reminisced, often finishing each other’s sentences. Earp, an innovative perfectionist with a penchant for animating metaphors, saw in the super-charismatic Tomarz an opportunity to maximise a weighty but playful story of self-discovery and subversion.

Together, Earp and Tomarz helmed the creation of Venus Virgin Tomarz, a composite of commandingly surreal and particular images that intimate a milestone in Tomarz’s life. The series is redolent of sci-fi blockbusters, “I Spy” books, the 2016 Met Gala. Most clearly, it utilises the galactic kitsch and feminine tropes of the ‘60s—a phase of the zeitgeist that Tomarz, a member of Gen X, had to unpack to better understand her identity—but is too ingenious, and attuned to immutable traits of sexuality and gender, to be reduced to a time period. “Even though we’re really referencing these aesthetics from the last century,” Earp confirmed, “[Venus Virgin Tomarz is] about if you go forward in time, how would they be now? And where are they going in the future?”

There is a striking duality to Venus Virgin Tomarz. “I actually read a book, which was called Women Are From Venus, Men Are From Mars,” Tomarz told me. “And I didn’t want to take on that aesthetic, because that was very sexist. It’s what we’ve all grown up with, you know, pink for girls and blue for boys. And one has to be delicate and one has to be a tomboy, or this or that. […] These are ideals which have been ingrained into a lot of peoples’ history and psyche.”

Women are from Venus, men are from Mars—Earp and Tomarz have modernised the sentiment, reconstituting roles and colours, challenging simplistic notions of authourity and demureness, and all the while capturing the potency of the female form. As a resident of serenely blue Venus, Tomarz is a vivacious goddess, all blonde ringlets and metallic materials, perched pioneer-like on a rocket with a compact mirror in hand. The rocket shot, which Earp selected to signify the whole project on his website, Tomarz considers particularly reflective of her transition story: “it’s about going from one world to another world, in search of a new home. It’s figurative but it’s fanciful”. Contrastingly, on fiery and foreboding Mars, Tomarz is a lipsticked warrior, clad in jagged black armour and wielding weaponry; emerging from battle injured but unfazed. As Tomarz put it, “She’s not frightened, she’s not scared—she means business.” And, “It’s not downing the feminine quality, it’s actually empowering the feminine quality. That look has a certain power to it.”

“I’m a true believer that an image should first make someone stop,” Earp remarked, when I asked what were he and/or Tomarz’s non-negotiable aims for the photo series. “Then once they’ve given you the flattery of stopping, then you need to give something else. They need to look at it and go ‘Oh my god, there’s something else here,’ and then I think a truly great image is—if they really wanna look, there’s something else there, and that’s usually a story.” Earp and Tomarz stun us with vivid set-ups and provocative poses, and if we continue to stare, precise political and existential queries reveal themselves. No shot is vapid. Venus Virgin Tomarz is a feat of queer art for the ages. 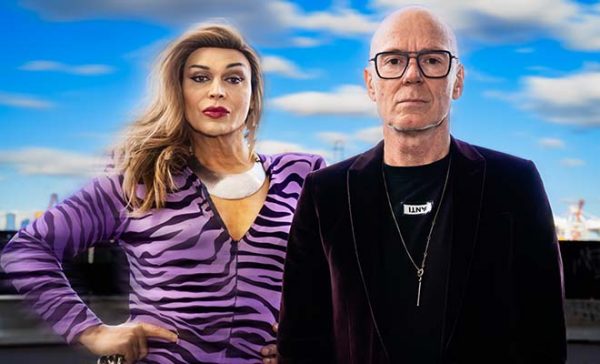