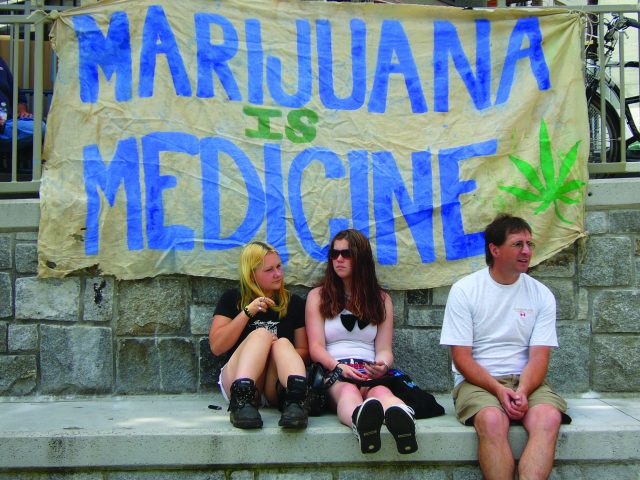 With the recent announcement that the Australian Government intends to legalise the growing and use of marijuana for medicinal purposes, it seems that everyone has a view. What’s yours? Here’s the thoughts of some of your fellow Westsiders.

MD Jewel Kabir – If there is any option for the treatment then it should be considered first. Because marijuana has a lot of side effects involved. For example; dizziness, drowsiness, short-term memory loss and euphoria. More serious side effects include severe anxiety and psychosis. But if there is no option then yes it can be used.

Qian Zhu – I agree to using marijuana for medical purposes. The professional doctors and scientists can take advantage of marijuana, as many people know that it is a kind of herb. Doctors have the knowledge to control the dose of marijuana that is used by patients. It can be used for short-term treatment for the illness. It is able to relieve pain and assist stress which is terrible when it happens to patients. But it cannot be used long-term. It would cause lots of side effects, for example: suppression of immune system, growth disorders, rapid destruction of lung fibres and injuries to the brain which could be permanent. So we need to use marijuana under the legislation and reasonable assumption, in case it is abused.

Nasr Mansour – There are a lot of questions evolving about the topic like: Should the use of it be legalised for all uses as some claim that its use is not dangerous if used in small doses? Should it be legalised for medical use only? What is the best form of legalising it medically and how to control its use? Should the government still be in control of its use? My personal point of view towards it is to allow the use of marijuana for medical reasons and to control that use through medical systems by putting it on prescription scheme until further studies prove that it’s safe use for other purposes.

Ninfa Flores – I would say yes, I know drugs are not good for your body if you are using it for the wrong purposes, but using it for medical a reasons it can cure people who are suffering. So it is good for the government to consider allowing it to be legalised.

Jenny Conway – How are the authorities to know if it is used for medical reasons? With it being marijuana does it show up on police drug test? What is to stop someone from getting it for illegal reasons? How strong will the dosage be? What form will it be in – tablet, liquid or injection? I think it should be brought out for medical reasons as long as it is regulated and grown by close regulation. They should bring it out by prescription and they should bring it out in different strengths. I think there is a lot of a stigma with the word marijuana but regulated properly I think it would take away the stigma. They would have to have a card to say they are on medical marijuana in case they got pulled over by police for a drug test.

Muris Basic – I believe that parents/adults should have the right to choose to use medical marijuana if every other medication has been used with not effect. The marijuana should be controlled and grown by government and a medical licence required from your doctor for the use of marijuana.

‘Westie’ – I’d cautiously say yes, because while cannabis and its by-products remain illegal, the market for their use just continues to fund other criminal pursuits and by association cross into more serious activities, such as heroin and ice production, street prostitution and people smuggling. At the same time it needs to be tightly regulated – we don’t want to see the Venice Beach scenario where green-afro’d spruikers on roller-skates encourage people on the boardwalk to come in and be ‘diagnosed’ for any one of many medical conditions – from depression to anxiety disorders – so they can be prescribed grass on the spot. Clearly not the law’s intention.

CAN OF WORMS – FEBRUARY

CAN OF WORMS – DECEMBER

CAN OF WORMS – JULY