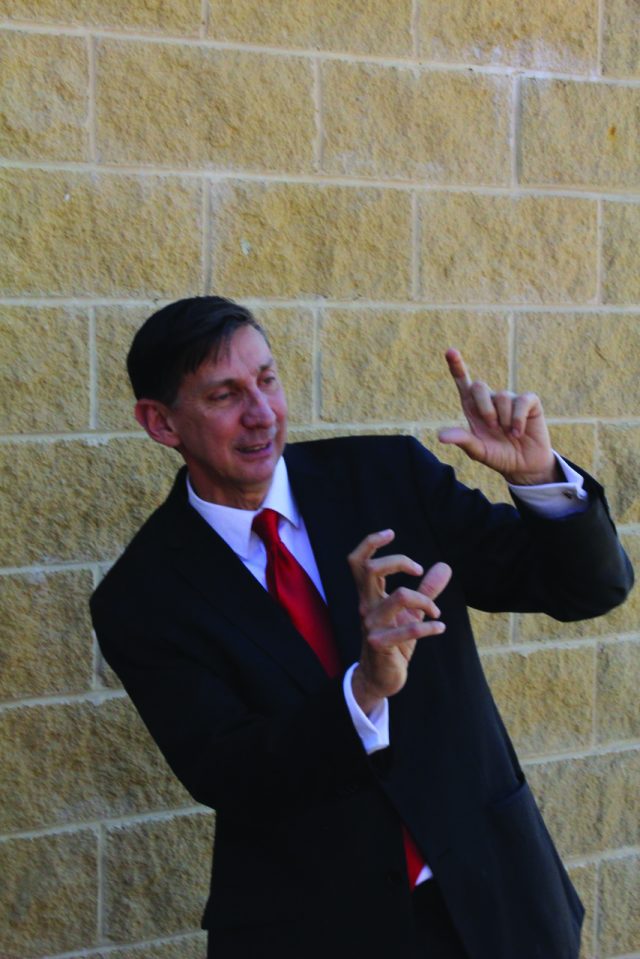 Local Wyndham resident Steve Jasper has spent many years travelling the world for business, and he has just now distilled his knowledge into a handy book for travelers.

“I had a job role where I would be asked to fly to South America that very next week. It was straight off the plane and to the office after 24 hours of solid travelling, in a time zone completely opposite my own, to conduct 3 days of training in a country where I didn’t speak the language. And I was expected to perform at my best. So my travel tips were originally my survival tools.”

And Steve did survive.

His experience is not unusual, many people in business fly 2-3 weeks internationally every month crossing multiple time zones.

“You’re expected to get off a plane at 6am, have a shower, be dressed to impress and ready to perform in the office at nine on the dot. And if you feel tired you’re expected to pour yourself a coffee and just suck it up.”

Having to pack a suitcase in a short amount of time is no easy feat either, especially when it is just the bare essentials. Thankfully Steve has some tips on offer.

“After sitting on a plane for 14 hours straight, the last thing you want to do is stand in front of a baggage carousel and wait for your luggage to arrive. Instead being able to cruise out of the airport and straight into a taxi is just wonderful. And because everyone else is still at the carousel, you’re near the front of the queue and straight out the door.”

One trick is to write a list of things to pack several days in advance.

“And if something is a ‘what if’, don’t pack it. You’ll end up hauling stuff around the world that you don’t need. And considering the extra fuel it takes to fly unnecessary things, packing light is environmentally friendly.”

During one of his many long-haul flights across America, Steve asked the inspired question — Why has no one really studied the effects of crossing time zones on the performance of corporate travelers?

“Melbourne for instance is one of the world’s leading biotechnology hubs, but it’s very isolated from the rest of the industry worldwide. This means that there’s a lot of late night telephone calls between businesses — I used to chair meetings at 2am — and a lot of long-distance flying. My frequent flyer card had enough miles on it that I’d probably make it to Mars.”

The choice of snacks while flying is important too. Steve advises against sugary foods, which can cause serious fatigue after a sugar crash, as well as fresh fruit and meat products, which can become an issue at customs.

“Instead nuts, especially walnuts, seaweed crackers and dried fruit are the best bet. Keep yourself well-hydrated and steer clear of drinking too much alcohol on the plane, even if it’s free.”

One of the surprising findings from Steve’s research is that an individual’s chronotype, whether you’re a morning person or an evening person, had a major impact on jet lag.

“One of the overlooked factors is that morning people and evening people tend to have very different travel needs. Morning people fly east better while most of us, including the night owls, adapt better flying west. If you’ve booked a round the world trip, this can make a big difference to your travel experience.”

There are a number of drug-free products that are effective in the treatment of jet lag.

One in particular is quite useful.

“There are receptors in our eyes that detect light but have nothing to do with vision. They set the internal body clock. If you travel to a different time zone, a walk in the sunshine can be a great way to help you adjust to your new time zone”

According to Steve, there are some very exciting developments coming for treating jet lag. Watch this space.

Steve Jasper is the author of the forthcoming book, Game of [time] Zones, with survival tips for travellers to kick jet lag to the curb.