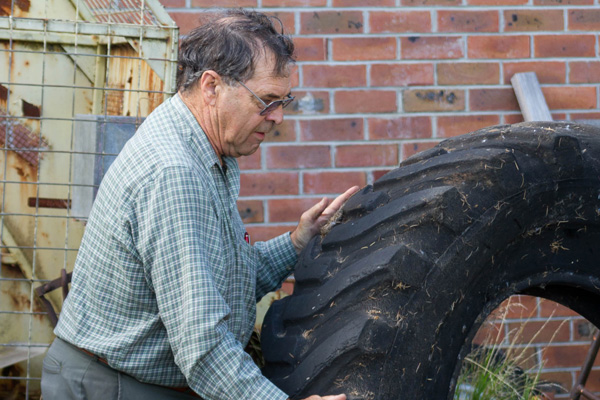 Dad died recently, leaving behind a legacy of environmental activism, an enduring family concern about how to live more sustainable lives and more than 50 square metres stacked with ‘rescued’ goods to be repurposed. Disposing of the contents of this gargantuan Play School ‘useful box’ seemed an overwhelming task.

Like many of my generation, I am more concerned with avoiding the acquisition of unnecessary goods than collecting things that might be useful later.

Born in 1935, Dad grew up in the era of ‘making do’. He could fix almost anything, and presented with a problem, he could invent a solution. Modern packaging and the greed he perceived in the reduced expected lifespan of household appliances were sources of frustration and anger. A failing appliance, such as a washing machine, would signal the start of a long and persistent campaign by Mum in the face of stubborn ‘I will fix it’ resistance. Sadly, if one of my appliances fails, the cost of fixing it is generally more than the expense of a shiny new model.

At home, throughout the 70s and 80s, we discussed renewable energy, environmental protection and climate change. Our family house was designed to be fully solar powered; what might now be called a zero-energy building. Dad had high aspirations and standards, but his time and energy were limited. The house was never completed and remnants of this project, and many others, such as the kit plane he was hoping to build, were crammed into the garage. Sometimes he felt weighed down by their silent reproaches. 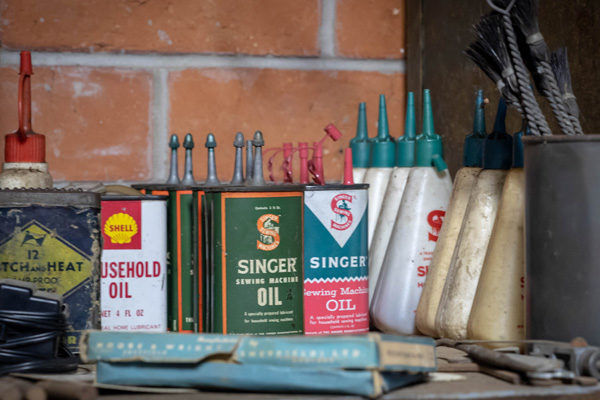 As Dad aged, it became depressingly evident that his inability to throw away anything useful was at war with the laws of space and time. All the things he wanted to achieve could fill any number of lifetimes, and perhaps only the TARDIS would be spacious enough for his collection. With the sheds bursting, night time toilet treks down the house hallway became obstacle courses through stacked computer parts with metal protuberances lurking at shin height.

After being diagnosed with mesothelioma, we understood that Dad faced a serious dilemma. Who could he trust to recognise and respect the value of his collection after he was gone? In one of his last long conversations, he asked his son-in-law and grandson to take on the Herculean task. Dad chose wisely.

His collection was not treated entirely with respect – so many discoveries made us laugh. We could have opened an appliance museum, displaying every iron that he or his father had ever owned including a kerosene iron, and a very early electrical iron that sat on a trivet. There were washing machines (one with a hand wringer), sewing machines, microwaves, TVs, fridges, overhead projectors and even kitchen sinks. ‘Why on earth did he keep that?’ and less polite variations echoed off the stacks.

Rows of old school lockers were being used to store nuts and bolts, scarred with student graffiti dating back to 1909.

There were mountains of power cords, so many tools it was impractical to count, cupboards full of carbon copy paper, venetian blinds rescued from demolished buildings, antique tins of sewing machine oil, two dozen brooms and a condominium of rat’s nests. 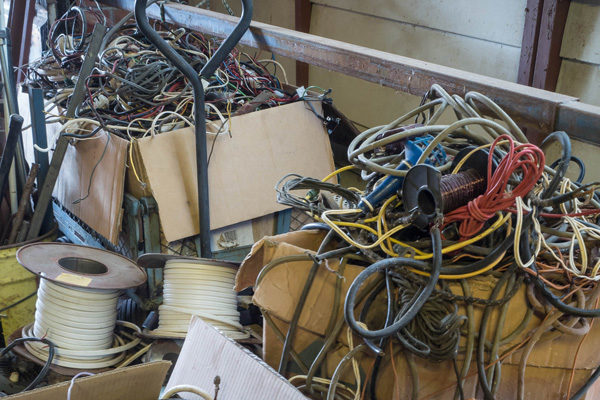 Stored right at the back was the car given to my parents when they married in 1958. My sister has been waiting 38 years for the opportunity to restore it.

Metal was recycled, collectables were taken to swap meets or advertised online and friends dropped over to collect items of interest to them. The tip was used only as a last resort. Order started to emerge from the chaos. It was an extraordinary effort and if it was not done to Dad’s exacting standards, it was done with respect for his wishes.

I had worried that our recent rampant consumption of resources may have led to the loss of the ‘making do’ knowledge and skills of my dad’s generation. It also seemed that information technology in manufacturing was creating new barriers for mending, re-purposing and recycling. I can’t live up to Dad’s legacy, and perhaps there are less of us who can, but I saw new generations at work and was comforted.

The garage spaces seem enormous now. The family are using it for car restoration and other workshop jobs. Many of Dad’s possessions have found their way to new owners, museums and schools. I’m sure he would be very proud even though the rats are now homeless.