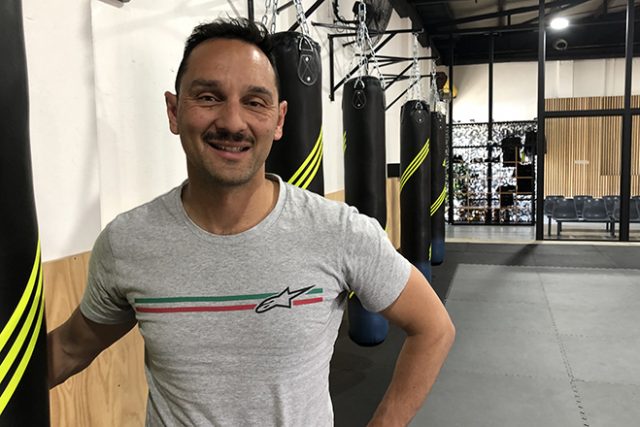 The fight game’s latest iteration professional MMA, is a brutal business where athletes are coined killers, and the highest honour is to be crowned the G.O.A.T, short for greatest of all time. Had enough? Please … don’t tap out just yet. Not before you hear this: What began in the 90s as a competition to identify the most effective martial arts’ style is the fastest growing sport on Earth.

From New York to Newport, gyms are filled with men and women learning to kick, punch, grapple and choke. All in a bid to emulate fighters bearing names straight out of professional wrestling’s songbook.

In 2018, Stylebender, (Israel Adesanya by his real name), began fighting for MMA’s leading promoter – the United Fighting Championship (UFC). Few believed an assassin was in their midst.

For starters, the Nigerian-born Kiwi was lithe, dismissed as ‘light in the arse’. And what a clown: an outspoken nerd whose moniker was based on an anime series had no place alongside beasts further up the ranks.

Fast forward to October 2019 in Melbourne. After an unbeaten streak, Israel fights for the middleweight championship. It’s late into the first round, and Israel has found his flow. More to the point, he’s established his opponent’s. Israel is tangoing as he stretches his elastic torso backwards to avoid wild overhand punches by millimetres before unleashing strikes from all angles and limbs with devastating precision. The bell is seconds away. A knock down. Robert Whitaker stumbles to the corner, bewildered. Second round, and the fighter revered as The Reaper lasts only three minutes before Israel sends him again to the canvas, unconscious and bloodied.

Reigning champions are beaten, but seldom so dramatically – and certainly not by an outlier the likes of Israel who, amidst the post-fight commotion, is standing in the octagon re-enacting a scene from manga hit ‘Death Note’ by writing his next opponent’s name in an imaginary book. Such a captivating mix of athletic talent and natural showmanship is rare. Cue: the new face of the UFC.

Five years-ago cage fighting was banned in Melbourne. And yet, a UFC record 56,000 fans packed Marvel Stadium at Docklands to see Israel claim the middleweight belt. Not to mention the five million viewers worldwide who tuned into media giant ESPN’s coverage … in spite of a liberal serving of trash talk and violence.

Come to think of it, that unholy concoction probably contributes to MMA’s skyrocketing popularity.

A martial arts contest would never sell out a stadium. Or travel the world, taking in such diverse countries as Russia, Brazil, the USA, China and Australia. Trash talk turns a competition into war, fighting into entertainment.

The Notorious Connor McGregor understood the true potential of a salty tongue. ‘We’re not just here to take part — we’re here to take over,’ he famously said early in his UFC journey from collecting welfare cheques to prominence as the fourth highest-paid athlete in the world.

Israel’s no slouch when it comes to selling a fight. Reacting to jibes by a champion, possibly the greatest of all time, Israel was quick to point out that he was raised in Africa on a staple of goat. He began his championship bout walkout with a hip-hop routine, and during the post-fight octagon interview, Israel grabbed the microphone to call out his next opponent, a flashy-dressed South American, referring to him as an ‘over-inflated balloon animal’. ’When I’m finished with him, he’ll really look like Ricky Martin … Botched!’ Israel thundered.

As for UFC’s violence, one fighter described it like heading into a car crash. It certainly takes uncommon grit to stand near-naked in a cage facing an opponent with only finger-less gloves and a groin protector as safeguards.

Respected commentators believe Israel Adesanya versus Kelvin Gastelum was 2019’s Fight of the Year. Both athletes were battered and exhausted going into the final round when the match was still anybody’s. Israel mouthed something in his native tongue as he stood opposite his opponent. He was reminding himself to go to ‘that place’: ‘It’s scary to say,’ Israel said at the post-fight conference. ‘But I was willing to die.’

In a sport where ambulances routinely take competitors with broken bones, deep cuts or concussion to hospital after events, there’s no denying the brutality of a cage fight. Some say reason to call a stop. But for this: if the object of sport involves testing the limits of human endurance, few athletic stages deliver so≈categorically as the octagon.

Founder of Fusion Martial Arts (FusionMA) Con Lazos has been teaching westies taekwondo, jiu jitsu, kickboxing and self-defence for decades. In combat skills he sees ‘solutions to a problem’ rather than violence. Although FusionMA offers training in a variety of styles, and has produced national champions, the gym veers from the professional fighting circuit. ‘You find a centre ends up focusing on one individual,’ Con explains.

At FusionMA, martial arts converge with self-development. Con is aware parents of the many boys and girls attending Yarraville’s centre see martial arts as a means to strengthen confidence and build character. He smiles in that knowing way as he says, ‘You don’t get a black belt without discipline.’

And according to Con, it’s common for talented martial artists to have been bullied growing up.

Israel was shocked as a boy when he first encountered bullying and racism. His family had moved to Rotorua, New Zealand so the children might receive a good education. He remembers being flanked by two knuckleheads in the school toilet block. Israel ran. Martial arts changed all that: he now chases down the baddest UFC animals he can find.

Soccer mums clearly have more than Aussie Rules footy to fear. Israel’s mother recalls crying when he left home for Auckland to pursue a fighting career. Mind you, tears have been replaced by smiles. Israel is now middleweight champ of the world with a portfolio of NZ real-estate and visits in a shiny new McLaren sports car.