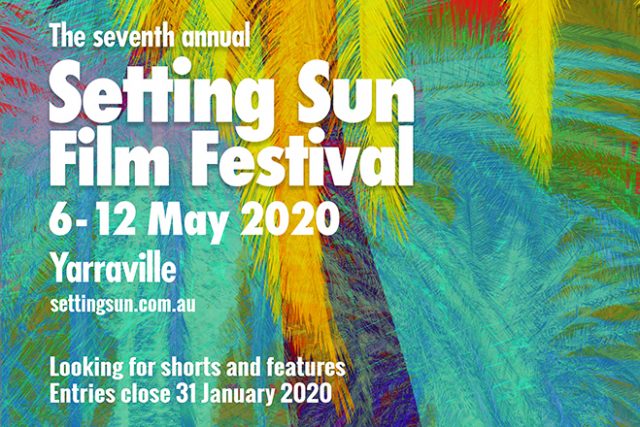 The Seventh Annual Setting Sun Film Festival (SSFF), the largest film festival in Melbourne’s West, is calling for entries for its screening at the Sun Theatre Yarraville and Kindred Studios from 6–12 May 2020.

Organisers are looking for short and feature length films that tell a great story and entertain. Filmmakers have the chance to win with over $10,000 to give away in cash and prizes.

In addition to the regular programs, the 2020 festival will again feature the premiere of a locally made feature film, indigenous films, and youth programs.

“Our festival has always promoted cultural diversity, it was set up that way, with awards to encourage films and filmmakers from CALD backgrounds to be seen on our screens,” says Festival Director Anna Bourozikas.

The popular female filmmakers’ program `The Rouge’ is back for 2020. Award winning film producer and Women in Film and TV (WIFT) Patron, Sue Maslin, will again sponsor the program, her fifth year, by donating $1,000 and `The Film Art Media Award’ for Best Film by A Female Director’.  The success of ‘The Rouge’ has seen female participation in the festival grow by about 33 per cent with 53 short films entered by female filmmaker in 2019.