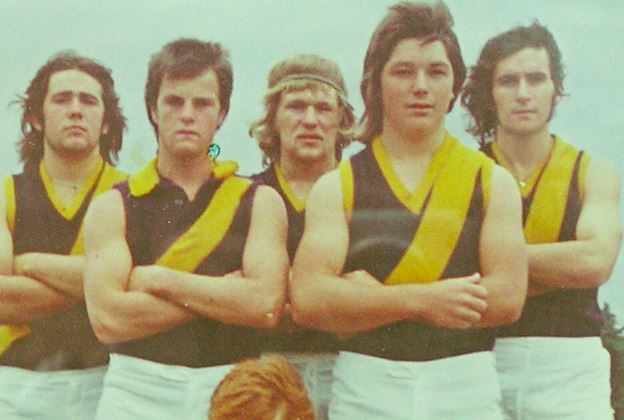 When I was young I wanted to be an AFL footballer but my attitude in regards to listening to the coach’s instructions was poor because I thought I was a superstar player.

I definitely was one of the best players in the team but probably with the worst attitude, if the coach would give me an instruction I would think “why is he telling just me this?”

As far as natural abillity went I was in the top bracket of my age group. I had good pace, my endurance was elite, my reading and understanding of the game was elite but my strongest attribute was my kicking on both sides of my body. I would be able to hit a target with both feet from 40 metres away without a problem.

I represented the district team at all age groups and was always in the best players when playing against other district teams, I was more suited to playing out of the goalsquare then playing in midfield but coaches would continue to play me in midfield roles even though they knew I was better utilised as a goalkicker then a midfielder.

Even the parents of other players would complain to the coaches as to why I was being played in midfield and not in the goalsquare. The first time I voiced my opinion on this issue I remember being 16 and pulling the coach aside and asking why this was happening.

The ironic thing was of all the coaches I had in my career this coach was the one I disliked the most and the feeling was mutual, I can remember on one occasion playing at Full Forward and the team having a handy lead and all of sudden I was shifted to a wing.

We lost that particular game and I can assure you the players and parents were not pleased with the coach but being the stubborn man he was he would do the same thing every week – forward in the first half and midfield in the second half.

When I approached him he told me that he wanted every player to be versatile which was a good point but we were losing games with this approach, I asked him why he would change the team around if we were winning and his answer was ‘I’m the coach and you’re the player, so do as your told so’. From that moment on we never saw eye to eye and eventually it boiled over as I voiced my opinion again before playing an Elimination Final and he benched me for the entire game.

The parents and players went to the team manager and he was relieved of his duties to everyone’s delight but the unfortunate thing was our season was over.

I have been a coach myself of juniors and unlike when I was young I have a completely different approach to my coaching, I enjoy feedback from my players and as much as I can be very strict on them I know that is what they want because they have told me.