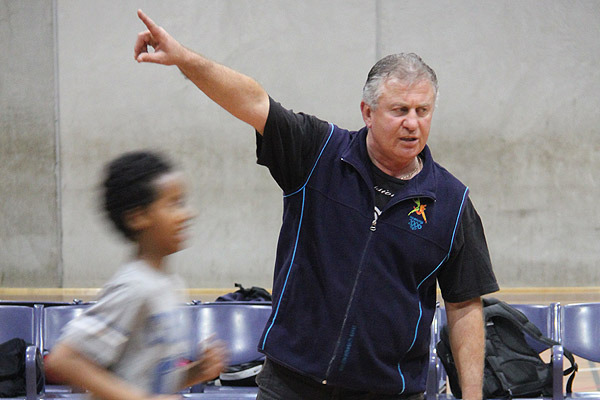 Twenty years ago, western suburbs community leaders came together with the police and councils to discuss a plan to engage local youth and steer them away from trouble. Jim Markowski was approached to start a basketball team, and 2,500 players later, the Redskins are not only keeping kids off the streets, they are instilling tolerance, leadership and teamwork.

The Westsider recently sat down with Jim to discuss the program, and how the benefit of simply ‘helping out’ can have widespread effects.

Q. How did the Redskins start?

A. Originally the name was the Ricochet Club. All these kids had one thing in common, they wanted to play basketball, but they were excluded from teams cause they didn’t have money, parental support, and were running amuck, violent behavior, involved in gangs, swearing, carrying weapons and alcohol or other drug abuse issues. So the Police met with Les Twentyman and other youth service providers, at the time I was managing the sports center at Sunshine YCW. They said ‘look, we need someone to control the kids’. So they approached me and I agreed for 3 months and the first thing we did was change the name from Ricochet to Redskins. After 3 months, I didn’t want to set things up to fail so I’ve been here for twenty years.

Q. What inspired you to get involved?

A. I’ve worked in Braybrook for 30 years, I was always told ‘Braybrook’s kids are no hopers’, fairly disadvantaged and you can’t plant trees because they’ve got total disrespect. There were no trees, the roads were terrible, there was no infrastructure and nowhere for young people to do anything or have an outlet. I pride myself and challenged myself to say ‘No, that’s crap because all young people need to do is to be loved, valued and listened to’. You’ve got to be consistent with them because there’s a lot of single family parents where either mum or dad had left, a variety of fathers. One family I worked with had 5 kids with 5 different dads and that was appalling. I thought, here I am working in Braybrook and I remember one kid said to me “I hope your not going to be like all the other men that come into our lives”. I thought what did he mean by that and I realised he had a couple of dads that came and left. So I wanted to make sure that I was a significant adult within their lives and a consistent one.

Q. So what’s your personal role with the Redskins?

A. In the initial stages I was coaching about 8-9 timeslots in a row on Saturday, Tuesday, Wednesday. As you can imagine by the end of the day you would get a headache. At the end of that I decided to do something different because I was handwriting all of the score sheets, washing the uniforms and everything which was very tiring. So I came up with a leadership program where I can encourage young people to become mentors and coaches for their peers which would make my job easier. All I do now is the social connectiveness, find out what it is young people need. If it is issues with education or issues at home, I can work with that. This works beautifully and it is an extra appendage which the 20th Man Fund can leverage as one of their programs but it is also something I do in my own time.

Q. After twenty years, what do you end up doing on a day to day basis?

A. Every Wednesday we have training from 5.30 – 6.30 PM. It is free to whoever is interested in basketball. You don’t have to necessary be part of the club. Here we want kids to develop the fundamentals, enjoy the game and learn the ability to accept their peers. We have the all girls teams, beginner’s boys, we have the ‘heroes’, then we have the really elites and beginners. Every Wednesday and Saturday there is a competition. 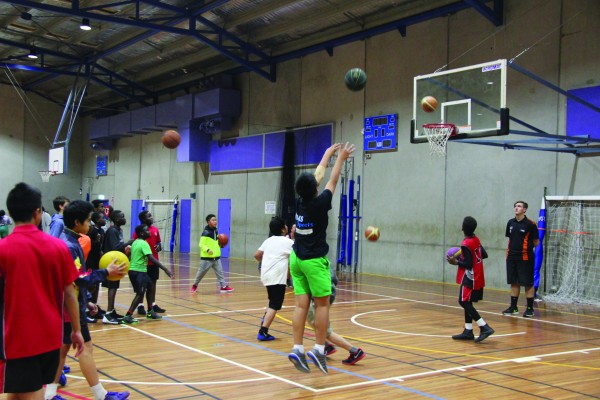 Q. What league do the teams play in?

A. The league is called ‘The Maribyrnong Basketball Association’. It used to be called ‘The Sunshine Basketball Association’. It changed since then due to issues with the representative teams. We now have representative teams which start on Friday called the ‘Maribyrnong Predators’. That is where kids from all different clubs merge into one and represent the competition.

Q. How many teams do you put into that league?

A. I’ve got 35 teams participating in the Maribyrnong Basketball Association at the moment ranging from under 8, 10, 12, 14, 16 and 18 with both girls and boys teams.

Q. Where do the players come from?

Q. What language and cultural barriers do you come up against?

A. No cultural barriers, sport is a unique tool. I use sport to attract all the young people to come together and then we gain an understanding of individuals and their backgrounds. Therefore it blends in beautifully.

Q. At a team level, do you still have issues around attending training and games on time?

A. Most kids say they will just turn up when they turn up. I try to tell parents, don’t punish your kids by not letting them play basketball because it’s a team environment. They make a responsibility and this is what they have to do. Sometimes the parents might get a bit lazy and the child doesn’t get here. It disadvantages the team and their ability to mix in with the kids, to develop and grow as an individual and improve their self confidence.

Q. What do players get from participating?

A. We help them through the Twentieth Man back to school program and sometimes if it’s hard to get their school books, we help them and we also get them a travel card, we pay for their excursions and camps. Our primary goal is family first, then education, then sport. We want each of our participants to realise their true potential. We have a Christmas party where we buy Christmas gifts to give to families so it’s all about putting smiles on people’s faces. 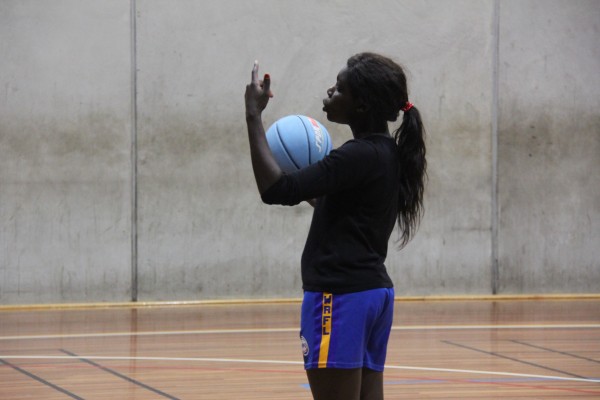 Q. Where does your funding come from?

A. We were lucky when we started in 1996, our chief benefactor Clive Smith funds all our costs and anything we need, he supplies. However, we are in a process where we are trying to be self-funding, and pay for the kids uniforms and registration fees. The 20th Man Fund also assists and we are lucky from time to time someone might sponsor a family. So it says to the family “Hey, now you can buy your child some decent basketball shoes and your fees are paid”. That assisted a small amount but it’s better than nothing, which means it doesn’t stress our total budget or what we collect on the weekend.

Q. How many volunteers have you got ?

A. I’ve probably got every kid that graduated last year which were 30 graduates from our leadership program. They are either coaching, assisting coaching, scoring, helping us collect money and whatever else we need. They’re pretty good at it.

Q. What about the broader community?

A. Most of my volunteers are kid’s parents or young people and that’s the way I prefer it. We’d rather encourage young people within the club to mentor other kids because they are the best role models. So if they play and coach, it makes life easy. Because in the past for about 10 years for the Redskins, we probably had about 1 or 2 parents to about 350 to 400 kids here and that’s left as a one man band, and that’s a bit hard. The power of volunteering is amazing but sometimes people don’t know how to volunteer.

Q. What are some of your success stories?

A. I have a kid coaching for 20 years, one graduating nursing, a lawyer. Sport was a tool to bring them here to learn life skills.

Q. What are your future goals?

A. One of the future goals is the team app, I text every kid to make sure where are they playing and I want everything on the team app. We are looking at more funding options to help the Redskins basketball.

Q. There has been a bit of controversy over the Redskins name in the last few years in the US, do you think it will effect you guys at all?

A. I think it’s a racist connotation back in America at the moment. But I think at that time the Redskins was a bit about the brave, and the disadvantaged. Kids enjoyed and wanted that name as they identify with it. We are in Australia, our major sponsors don’t really care about the name – that symbolises our identity and if you have a look of our makeup it is every nationality, every young person from all walks of life. People might say it’s an issue but none of our families, none of our parents, none of our kids – nobody has said it’s an issue. They said ‘hang on, no that’s us, that’s who we are and we are happy with who we are’.