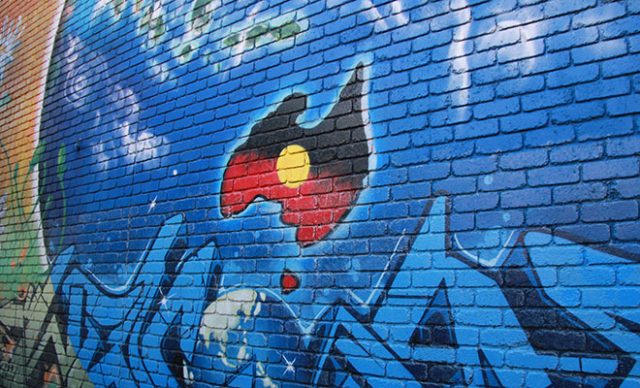 If, like me, you were taught history in Australia from 1788 onwards (with a focus on white Australia throughout school) then you, like me, were probably unaware of the existence and significance of Australian Indigenous heritage in the West. While we used to blame the school system and call it a day, now more than ever it is essential that we do our own research and understand the land we live on so we can fully respect it. It is not someone else’s job to educate me now, it is my own.

The recent outpouring of information on social media has shown me that I only ever understood Indigenous history in Australia at a superficial level, and I’ve come to realise this is not okay. There has been a lot of discussion about the idea of ‘allyship’ – something I would have already considered myself to be. But it turns out there is more to being an ally than feeling fulfilled after helping out a ‘cause’ and knowing that you would never be outwardly racist. It is more than that – it is challenging, it is difficult and it takes commitment. Which is why the first step for me beyond social media, and signing some online petitions, is learning about the true history of my local area.

Melbourne’s Living Museum of the West online exhibition of Indigenous history, entitled ‘Still Here’ provides a history from pre ‘invasion’ (a must use term as an ally now) to current times and is made in conjunction with Indigenous leaders from the west. It is very powerful and does not white-wash history. It may in fact be confronting, but being uncomfortable is a feeling I need to start getting used to.

One of the most important things outlined in the exhibition is the understanding that history was used as a tool to continuously oppress Indigenous culture – and we let it happen because we were too comfortable to find out otherwise. We are often taught that the British ‘settled’ in Australia, but this sentiment stops white Australia from being held accountable for the violence and destruction that came with the ‘invasion’ of lands.

It is very easy to consider that history is just that, history. I have come to realise however that thinking that the ‘past is the past’ is a privilege – because my white ancestors wrote history and therefore my life is influenced by that power. To change our mindsets and fully help make change, we need to understand the way Indigenous Australians are still impacted by history, especially in our local area.

William Cooper is a figure from the west, Footscray specifically, that every person should know about. At the forefront of the Aboriginal civil rights movement, he was also the first person in the world to conduct a private protest against the treatment of Jewish people in Nazi Germany when he marched to the German consulate in 1938. If he was a white person there is no doubt we would take credit for those actions. Furthermore, many Indigenous women worked in the munitions and rope-works factories in Footscray throughout World War II, however I would never have known this if I did not actively seek it out. We are aware of the white women who were recruited to work for men or as nurses, so why is Indigenous involvement in historical moments left out?

The reality is, white settlers and the ongoing colonial agenda eradicated a lot of the historical and current culture of Indigenous people in the western suburbs with genocide, assimilation and overall destruction.

This online exhibition is a great starting place if anyone is looking to take the steps towards helping make real change – social media solidarity is a start but it is not a fix. But this exhibition is just that – a starting place. Real change comes from calling out racism when you see it, educating yourself on Indigenous issues and days of significance, and continuously question yourself on the way you benefit from the oppression of Indigenous Australians, and people of colour all around the world, and make an effort to address it daily.

Some resources that I found helpful

Living museum of the west website – an insightful, educational tool, that helps understand different phases of the colonial impact on Indigenous Australians including right now.

Growing up Aboriginal in Australia – a book of collected stories of the Indigenous experience in Australia.

Always was always will be our stories – a podcast hosted by Marlee Silva that interviews Indigenous Australians fighting for their voice to be heard.

In My Blood it Runs – A film that highlights how the often-unsuitable Colonial education system is forced on Indigenous people, with various consequences and negative flow on effects if they don’t engage with it.

Melbourne Dreaming is an app that has complied the sacred sites around Melbourne, with history however it was compiled by a non-indigenous person so I suggest attempting to research from Indigenous people first.