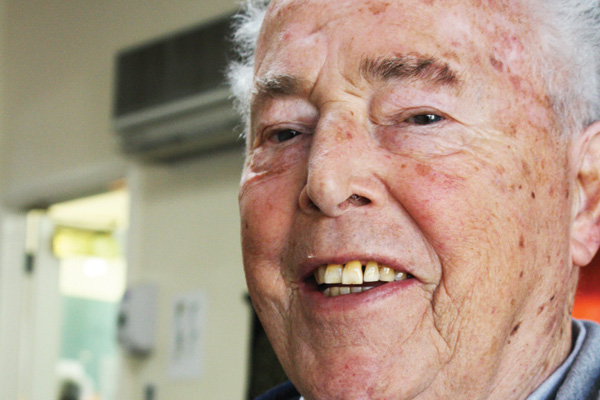 Have you heard of Komp’s Health and Sport Studio? It was at 630 Barkly Street, West Footscray. That was my club – the first private health club in Australia.

I came to Australia from Germany when I was 25. It was not long after the war – a difficult time. “The only good German is a dead German,” people would say. I came because I had been invited to teach martial arts – Judo, Ju-Jitsu – so at least I knew how to defend myself!

I was only a 1 Dan in Judo then. By the time I retired, I was 10 Dan, the highest rank. I taught a lot of kids martial arts, wrestling, self-defense. The key to being a martial arts champion is the ability to focus your mind – that’s the only thing you can think about.

I had a group when I first came to Australia, we called ourselves the Three Continentals and we performed on Channel Nine and Channel Seven, Channel Two. We sang German drinking songs  – you know how interested Australians are in beer. I loved to sing, “You can’t be true, dear… Du Kannst Nicht Treu Sein”. Do you know that one?

Yes, I know Arnold Schwarzenegger pretty well. He came to visit me at my club. I wanted to wrestle, but he couldn’t – his muscles are insured for millions and he didn’t want to get hurt!