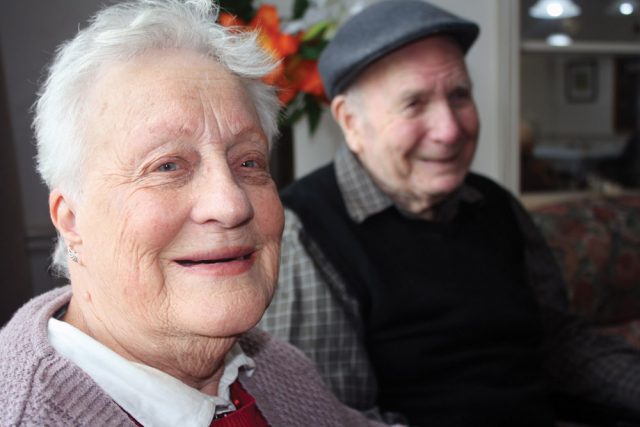 Ken first went to China in 1964, long before it was open to the world. He and some other unionists went to see what was going on there. Ken went back to China six or seven times altogether – I went with him a few times. I remember very clearly going from Canton to Harbin in the dead of winter. We went to see the ice carvings – they were just magnificent.

Ken was President of the (Victorian) Australia-China Friendship society for ten years. He was just fascinated by the people, and the culture, and the potential of China. And it was so different, for a man who’s family has been in Williamstown for nearly a hundred years. In 1996 we were invited to the Great Hall of the People for a meal. Well, there were about 500 other people having a meal too, but it was still an honour.

Ken was a wonderful provider. He worked three jobs. He was a boilermaker, then in the evenings he’d go out and do welding, and on Saturdays he’d work at a garage. I looked after our four children, and then when they were old enough I went to work too. Our parents had been through the depression, and we learned to work hard, and not waste things, and to look out for others. That’s where Ken got his passion for unions, and for the ALP – from his parents. They were wonderful people.

Ken Bathie is a resident at Doutta Galla Yarraville Village.