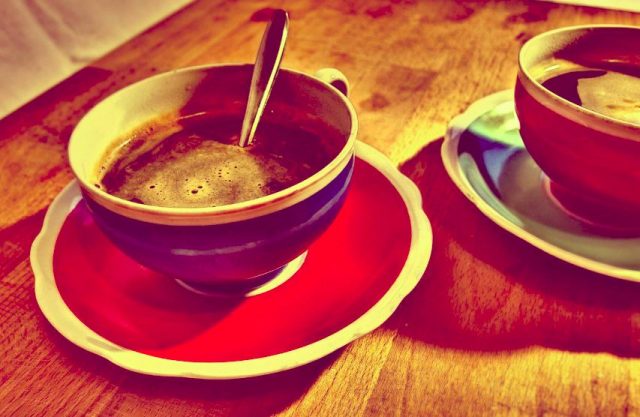 When Steve Martin famously uttered the words “I’ll have a half double decaffeinated half-caf, with a twist of lemon” in his Cal-culture spoof L.A. Story, we laughed hysterically on cue – but we were laughing at the film’s protagonist, not with them.

That was almost 25 years ago, and as any self-respecting barista can attest, the coffee order board has expanded considerably in that time. But for all the hundreds of possible combinations of double-shot, skim or soy, decaf or bean of the day, there is still room for one more coffee standard in Australia. Introducing: The Americano.

But what is an Americano? Isn’t it a weak-as-water, drip-filter brew that’s just been sitting there going stale for 3 hours, poured by an under-paid, sour-faced waitress in a cheesy diner on an American sitcom? No – that’s not even really coffee.

Popular across Europe and North America, an Americano (or Caffè Americano) is a strong espresso coffee – often a double shot – with extra hot water. Unlike a long-black, hot water is added until the cup is nearly full, leaving just a smidgen of space for the drinker to add a dash of milk (but not a splosh) if they desire. In preparation, the water is occasionally added first, but most baristas prefer to add the espresso shot(s), then pour the water over the top.

So if you hear a fellow coffee-seeker ordering a wanky ‘long black with extra hot water and cold milk on the side’, you can now feel justified leaning in and suggesting to both customer and barista, that what they actually seek is ‘an Americano’.