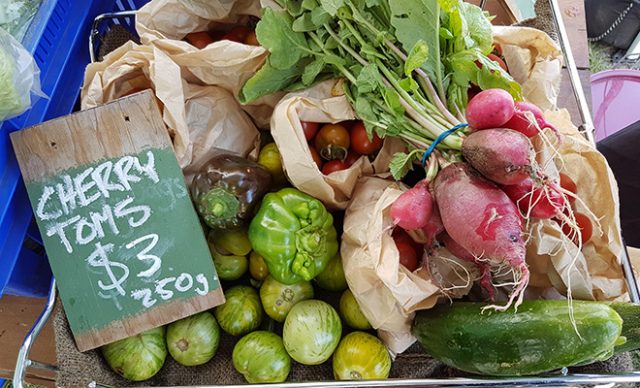 Bearing the brunt of early morning traffic past Bangholme on the way to his 9 to 5 as a food technologist, problems mill Will Green’s busy mind. Big problems. Problems like a broken industrial food system and the lack of interest in farming from younger generations.

One day, an unassuming piece of Victoria caught Will Green’s eye. For lease sign out front, Will stopped to have a look at the old swampland. He made some enquiries and it turned out that its credentials were almost perfect. Unused. Non-residential. Non-commercial. Close to Melbourne. No chemical inputs. Historically used as grazing land for cattle, but prone to flooding when Melbourne winters lashed the coastline.

Considering Melbourne’s real estate market had become a bloodsport, he understood how crucial a fertile piece of land was for the creation of an urban farm. Will’s vision of making a meaningful impact on primary food production crystalised before his eyes as he signed a long-term lease.

Now, most farmers will tell you that the world punishes those who want to do the right thing and setting up a farm is an endeavour only for the brave or foolish. Add to that a young family and a part-time job and you are laughing in the face of danger.

But Will Green is not the kind to shy away from hard and smart work. One could almost say it was the culmination of a perfect storm. Will: chef by trade, Food Scientist by profession, gardener by heritage and accidental urban farmer by necessity.

Will’s technical skills and scientific training lay a firm foundation for the farm. His approach is an organic low/no intervention farming system that attempts to strike a holistic balance in food-producing. This means introducing plants to create a habitat that supports integrated pest management rather than pesticides; engineering a draining system that keeps the optimal amount of moisture in the soil instead of high-tech irrigation; and finding a fair and equitable distribution model to get his produce to market.

Farmer’s markets like the Slow Food Melbourne Farmers’ Market would not exist if not for farmers like Will from Green and Co. farming.

When it comes to voting with dollars there is not a stronger vote than buying from local urban primary food producers like Green and Co Farms (@GreenAndCoFarms).

WHO’S BEHIND THE MASK? GETTING TO KNOW YOUR STALLHOLDERS