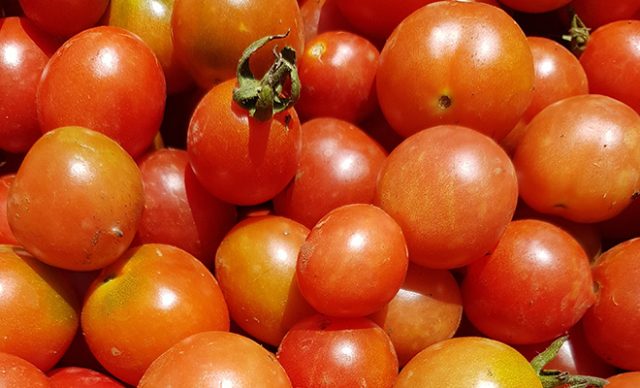 Tomatoes have been cultivated in splendid varieties by Aztecs from at least 700 B.C. So, how did they become synonymous with Italian cuisine?

The first tomato landed in Europe on the returning ships of the Spanish Conquistadors from Peru, as an incredible source of umami flavours.

The versatility of the berry allows it to play all the parts of the food ensemble. From an indi role in a sweet tomato jam to the lead roles in red sauces, stews and salads to a solo act supported only by olive oil and salt. Tomatoes, like onion, garlic and olive oil are part of our everyday culinary lives.

Tomatoes were first written about in a Tuscan cookbook in 1548 as pomidoro- golden fruit- which has since slipped into pomodoro. Before that, Italian staples were void of tomatoes, consisting mainly of olives, olive oil, cheese, pasta, bread and anchovies. In the 16th century, tomatoes were mostly found in the gardens of peasants and on the wooden plates of the working classes.

Tomatoes were originally thought to be poisonous on the European continent. Europe’s ruling classes ate and drank mostly on pewter plates and cups which contained high levels of lead. The acidity of the berry reacted with the metal, causing concentrated amounts of lead to seep into food. Another theory suggests that the classification of tomatoes as Solanaceae, or nightshades (poisonous), kept it off expensive plates. And so the tomato remained the food of peasants for a few centuries until the advent of pizza in the hands of Raffaele Esposito, in honour of Queen consort of Italy, Margherita. Flatbread topped with mozzarella and basil became a global vessel for tomatoes.

Prejudices and pewter crockery were absent in New York as waves of Italian immigration washed over Staten Island. The new American palate yearned for tastes of the old country and quickly tomato on pizza became milk in coffee. As the saying goes, pizza is from Naples but made famous in New York. And the rest, as they say, is history.

The Victorian tomato season is in bloom. So, make sure to get your fresh tomatoes from the Slow Food Melbourne Farmers’ Market.