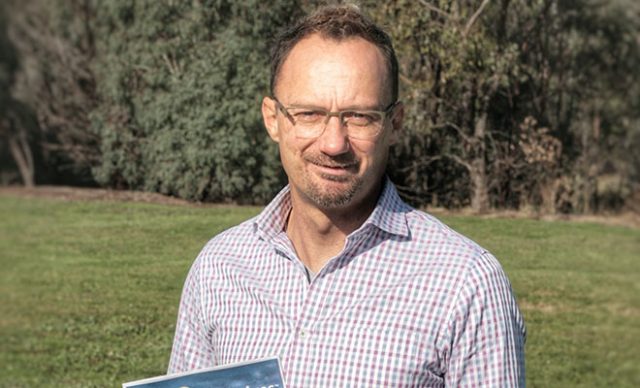 It seems a strange (and perhaps self-loathing) way to announce your candidacy for the Maribyrnong City Council elections in October I know, but it does embrace the irony and idealism of my small journey to try to constructively engage with our political system, not because I like it but because it needs to change.

On October 24th I will run for Yarraville in the Council elections as the first ever local government candidate for the Australian Progressives, a party I helped found back in 2014.

I might not necessarily want to be a politician, but I do want to change politics for the better, and engaging with the system to bring a focus to the community values that bring us together rather than continue the endless left/right tug-of-war is an important way I can do it.

I’ve talked in The Dumbocracy previously about how our diminishing faith in our democracy is actually helping to speed up….our diminishing faith in our democracy. That is, we tend to be dismissive and disengage from a system of power that we see as dodgy and not in our best interest. The more we disengage and become cynical, the more our politicians are able to represent their own interests, effectively doing what we expect of them…<insert expletive> all for us. Without scrutiny of the voter, so-called representatives are able to act as they want, undermining the fundamental purpose of a democracy; to represent the will of the community.

I’ve realised that being cynical or dismissive of a system that has control over my life and community because I think it should be different just exacerbates the problem. I need to engage with our democracy to encourage other people to engage and be heard.

I feel extremely lucky to have found myself growing up and thriving in sunny Melbourne, a world away from the tenement flats of a seedy 1970’s Glasgow from where my parents immigrated when my twin brother, Mark and I were one year olds. When you’re a foreigner with no other family, starting again on the other side of the world, you need to take advantage of support where you can. I learned that, despite great adversity and diversity, community creates belonging through shared humanity and empowers us to be greater than the sum of our parts. It sounds like a trite cliche, but this is the promise of Australia…not only a promise but reality to so many from so far away. For me, the promise of Australia becomes real when you’re able to give back to it, and when I moved to (then, not-so-trendy) Yarraville from the leafy East after Uni, for once I started to feel that promise.

I think I was initially intrigued by how so many races, cultures and socio-economic groups could not only get along together, but share and thrive in their diversity. It didn’t take me too long to realise that a strong values-based sense of community and mutual prosperity drove this. When I engaged with it, it included and encouraged me, and by doing so, I got the honour of supporting and being supported by local organisations like the Footscray Community Arts Centre, Friends of Stony Creek, and the West Welcome Wagon.

Those experiences helped me understand how community empowers us all, and how rather than being the antithesis of politics, community values should be at the centre of it.

As I’ve lived in 5 different homes, all purposely close to Yarraville ‘Village’, I’ve gotten to experience its huge growth and change, from a run-down post-industrial hidden pocket, to a destination that Melbournians strive to live in. Rather than be frightened by the uncertainty that change brings, our community has seen the opportunity of it, and I’m hugely proud to be part of that inclusive growth.

As we endure perhaps the greatest challenge of our lifetime in dealing with the corona pandemic and the incredible uncertainty it brings, the way the Inner West has come together again shows how a diverse community based on shared values is so much stronger together. The fear of the unknown that we face, like the challenges of the past seems to have brought out the best, rather than the worst in us.

My values are about Ethics, Empathy, Equality, Evidence, Engagement and Empowerment and, it’s these I believe, that should consistently underpin the work of our leaders. As idealistic as it is, I truly believe that if I can engage with politics to encourage values-based change, it’ll open the door to others who are determined to create a better community for us all…and maybe one-day we’ll be inspired by our political leaders.

Please help me engage with as many voices as I can:

See more about my party and our platform at: progressives.com.au

Read more about my journey in The Westsider here.

Stay tuned for further news about my campaign.

WHAT THE WORLD NEEDS NOW IS… A BENEFIT MINDSET!