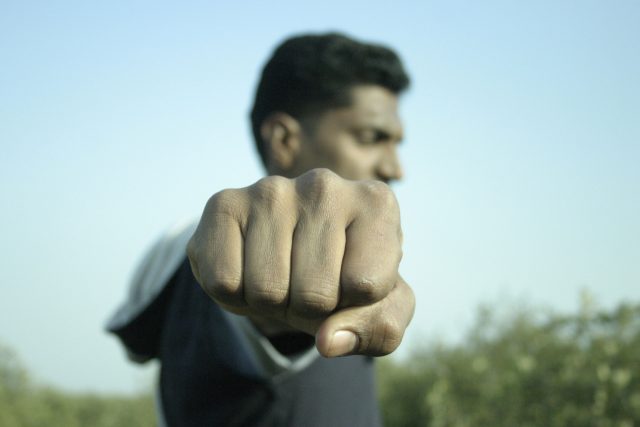 It’s a big issue, isn’t it? That nobody really talks about it? This topic is just as serious as violence against women.

When women experience domestic violence or issues they are usually openly encouraged by friends, family and the media to report it to the police. Whereas there’s quite a social stigma regarding men who experience similar or quite the same situations, regarding the lack of masculinity the male must have by reporting the crime. Domestic violence against men is generally a lot less recognised by society than women, which can also make men feel like they shouldn’t report and/or open up to someone about their situation.

There needs to be more organisations dealing with violence against men, especially having been in places where I see this happening quite often. For instance I live in a big boarding house. I see most of the people who come in and out of the home and it turns out we are all in similar situations which usually tends to have a contagious, not-so-ideal headspace.

Just a few days ago, I witnessed a couple of situations where the female was responding physically violently to the male (with the male only being verbal in the situation) the female then proceeded to smash his head on a wall and punch him in the side of his head, with his hands up in the air so he wouldn’t hurt her. Then then another male automatically assumed it was this unfortunate man who had started the violence, and decided to grab him by the neck. We then later had a discussion on domestic violence and quite a few males bought up their own personal experiences with domestic violence with women and how they were embarrassed or felt ‘unmanly’ if they told anyone or it was unlikely that anyone would care or believe them – they even thought people would even laugh at them.

I don’t think it’s fair that society recognises women’s rights more than men’s in this area. There was some research I undertook which shows that men and women’s domestic violence were equal in 2014, which makes me think again about all the males who aren’t reporting these situations – could it be that women are getting more aggressive? How much more of a percentage will show up and how many more males will seek help if the research was done and if they knew other men were able to feel that they could tell their story and get help?

This topic moves me on a personal level, as most of my friends are male and I’m very sick and tired of all the attention women get immediately. Whereas men get scrutinised, almost no attention and no acknowledgment at all – it’s a serious issue.

So if you’re a male experiencing domestic violence, there is help out there and hopefully in the near future it will be equally as recognised.

WHAT THE WORLD NEEDS NOW IS… A BENEFIT MINDSET!

YOU ARE NOT EQUAL

KILLING IN THE NAME OF – AMERICAN SNIPER