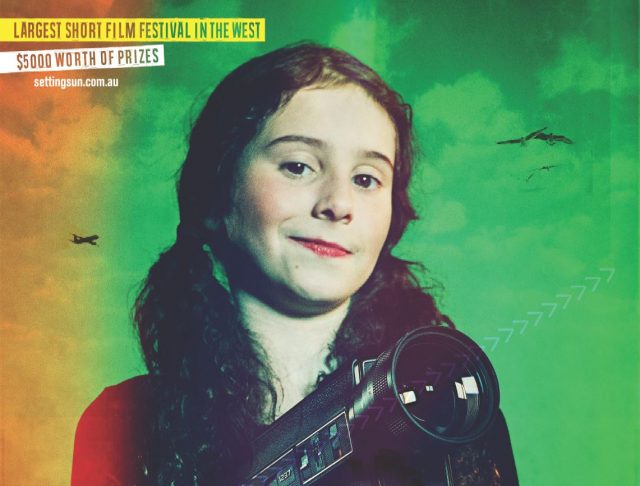 Filmmakers, get ready. The January 2016 entry deadline is looming for the Setting Sun Short Film Festival.

Festival director Anna Bourozikas has this advice for budding entrants: “The limit is 12 minutes but shorter films, providing they are good, get played more.”

The name for this year’s festival, Wonders of the West, came out of a discussion with her creative team. “It ties in with the festival being in the west and the stories we have shown,” says Anna. “The festival itself, its filmmakers and films are the wonders.”

Amelia Lekatsas, aged nine-and-a-half, is the face of this year’s festival. “We used a young girl as a tribute to a child’s imagination, creative play and enchanted storytelling abilities,” says Anna. The festival team also wanted to show that a dream of being a filmmaker or storyteller often starts in childhood.

The festival will include a free all day kid’s film festival at Footscray Town Hall.”Kids use their iPads to make films with so much ease.  Amelia represents that generation,” says Anna.

Wonders of the West will kick off at the Sun Theatre, Yarraville on April 14, 2016 and end with the Sunnies Award Night on the 17th.  There are over $5000 in prizes for the best films and filmmakers.

Anna founded the short film festival in 2013 – the largest in the west.  And although having lived this side of the river for over a decade says, “I’ve been fascinated by the diversity of people, which is reflected in the stories, particularly the docos.”