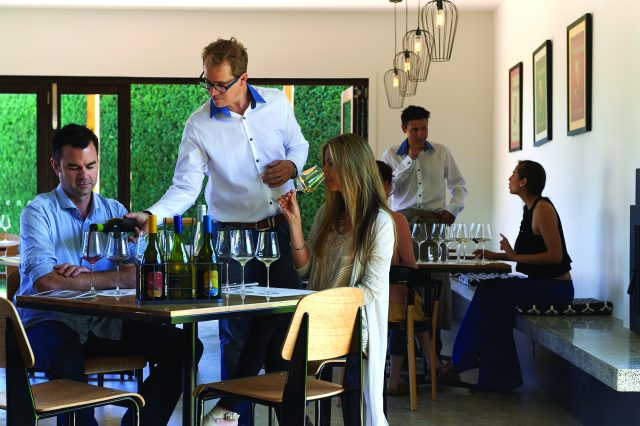 Having heard the jungle drums beating, or in more topical parlance the twitterverse tweeting, I thought it was high time I got down to see what all the fuss was about at the recently opened and newly built “WINE CENTRE” at Crittenden Estate on the Mornington Peninsula.

After all it’s only a one hour drive from Melbourne’s CBD, less from the Eastern suburbs where I live, and not a traffic light to be seen along Eastlink and Peninsula link. So a friend and I set off on a recent sunny Saturday to have what’s billed as “The Wine Experience”.

The first thing you notice on arrival at the Estate is the splendid landscape installation in the lead up to the entrance, then, once inside the bright modern and tastefully decorated wine centre, you catch a glimpse of the view beyond, across sweeping lawns to the extensive lake populated with an abundance of bird life. The outside courtyard where tastings are provided on fine days is also something out of the box; dozens of meticulously maintained hanging baskets and planter troughs decorate a trendy “rusted metal” fence which defines the courtyard area. The ambience is soothing and inviting, and in no way intimidating.

But down to business, on entering the room we were greeted by a friendly staff member who briefly explained how this experience would differ from a typical stand at the bar cellar door. We were seated at a table pre-set with five beautiful glasses sitting on a numbered tasting mat at each taster’s position. All of the twenty six wines offered for tasting are divided in a logical sequence of groups such as “mixed whites’” “mixed reds” “pinot noirs” “alternative varieties” and so on.  It was explained to us that these are known as “flights” in the wine world but I personally think of them as “brackets”. A modest fee is charged which is refundable should the taster purchase a six pack, which can be assorted, or maybe even join the “Crittenden Wine Alliance”, but more of that later.

My friend, being a Pinotphile, chose to taste the benchmark range of Pinots for which the Estate is so well known, whereas I, true to my heritage selected the alternative range majoring on the Italian varieties under the Pinocchio label. The staff seemed well attuned to the individual taster’s requirements as we noted while watching them go about their business. Where people wanted help and commentary it was given in an unassuming and friendly way but if the message was “we’re fine thanks” then they were left alone. Noticeably there was no hard sell applied, just helpful advice. The tasting samples were generous enough to allow, in effect, ten wines to be tasted for the price of five, providing you don’t mind sharing that is. And full marks to the management for their responsible service of alcohol briefing that advised us that if we consumed all of the wine in the five tastes we would be having the equivalent of one standard drink. The tasting notes and order forms provided were clear and concise. 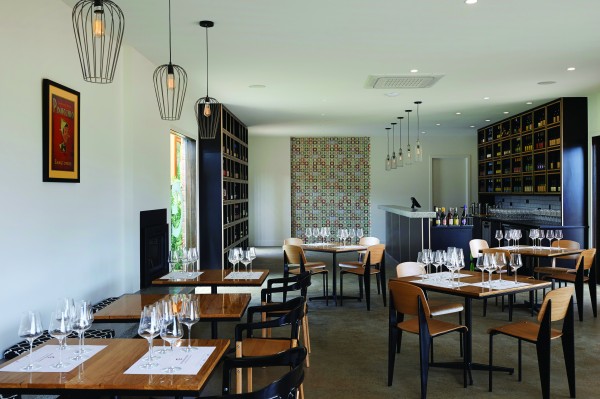 On the completion of our tasting we were offered what, for me at least, was a novel and exciting concept; to join the Crittenden Wine Alliance. Membership, which is free, requires that you purchase at least two cases of wine a year at fixed intervals. The range of wines on offer makes this a no brainer, as does the significant discount. Two [or four if you wish] cases of wine a year delivered to your door freight free! And you can mix and match to your own preference. As well there are considerable other benefits in membership so how could we resist. My friend and I both signed up and will, I expect, choose different packs but will undoubtedly attend the Wine Alliance Members Only functions together.

All together a most enjoyable experience : BRAVO and ENCORE!