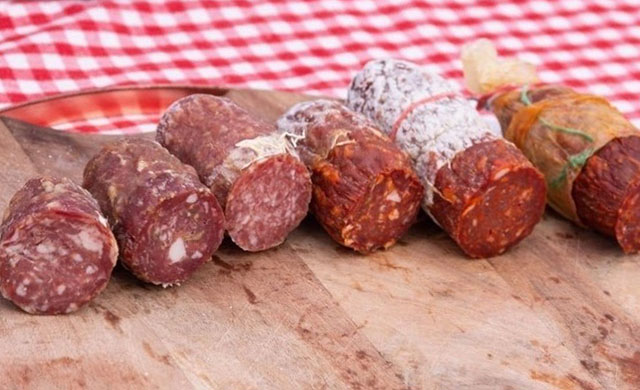 James Mele is not your average butcher: he is passionate about meat and loves to travel, meeting farmers and fellow foodies. He has turned his passion into a business, but always focusing on the quality of his product and using the best meat.

“I mainly source from farmers in Victoria and South Australia. Last year I met a farmer that was feeding pigs with seaweed, apples and Camembert cheese! I didn’t think it would make any difference but the flavour was magnificent. I want the best product I can get, that’s really important and I won’t compromise”, James said. 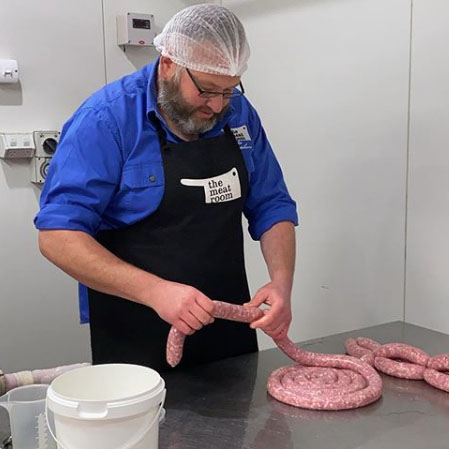 As a child, James used to work at his father’s butcher shop on Saturday mornings. His parents and their families were deeply involved in the meat industry in Australia and Italy and were experienced in wholesale and retail trade: “The butchery business goes back to six generation in my family. It’s in my blood”. 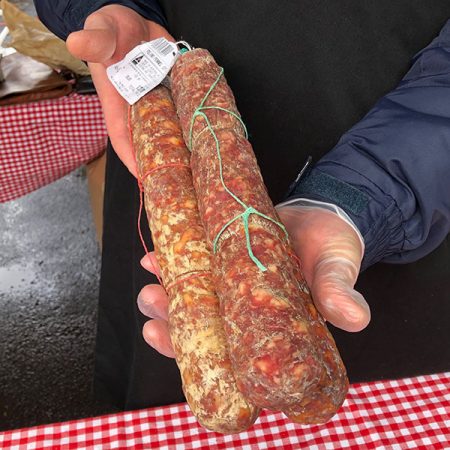 James’ passion and dedication to his craft has seen his Fennel Salami and Zingara Salami awarded Silver Medals at the Australian Food Awards 2019.

At The Meat Room, he also runs authentic, hands-on workshops on how to make salami and James is a keen sharer: “I don’t have a secret recipe, and I believe in the importance of sharing information to keep the tradition alive”.

Established in 2012, The Meat Room is a small-batch Salami Specialist using free-range pork sourced from locally grown pigs. Located in Kilmore East, where James lives with wife Kathy and their kids on three acres, a lot more than salami has being produced lately, especially in the last six months during lockdown: the family now grows veggies in an Italian inspired garden, owns a small orchard and recently have been making sourdough bread, selling it at Providore, the delicatessen set up at the property.

“Covid-19 probably gave us a push to explore more options. We usually hold salami demonstrations at Italian festivals around Victoria in Myrtleford, Shepparton, Mirboo North, Grampians, but this year they have been cancelled, so we got creative”. 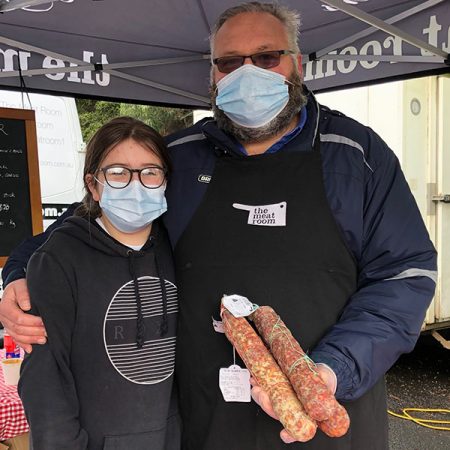 Another festival that won’t run as usual this year is the Victorian Salami Festival, the ultimate contest of salami style hosted by Dal Zotto Wines and The Meat Room. Because of the government restrictions, the festival will have a new face and run online. Participants can still submit their product until the 30th of October, dropping off in one of the following locations: My Slice Of Life in Wangaratta, Dal Zotto Wines in Whitfield or The Meat Room in Kilmore.

“It’s a friendly competition and a good excuse to get people together, share food and celebrate. This year it will be different and unfortunately, we’re going to have to go online. But the judges will still give feedback and nominate the winner of the best salami”.

But, as James said, in the end: “Everybody makes the best salami!”. 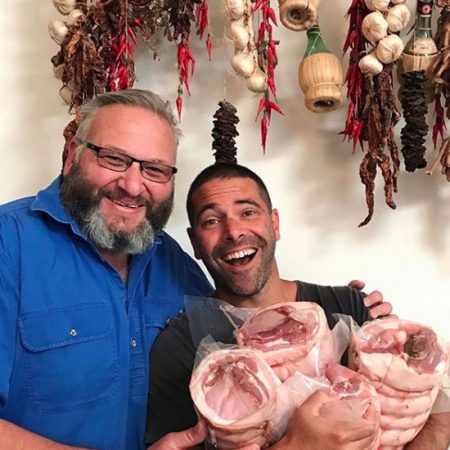 COOKING UP A FOOD STARTUP