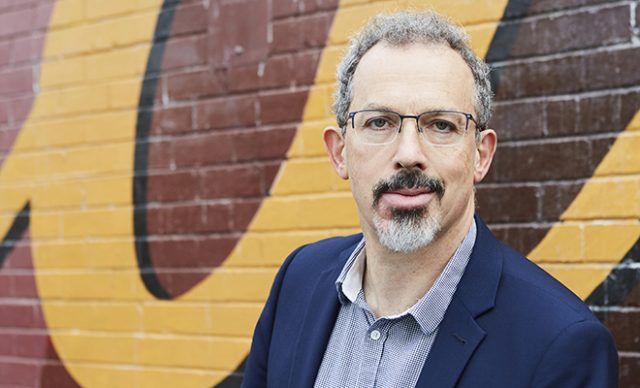 As an enthusiastic student of psycho-geography, award-winning novelist Nick Gadd was inquisitive, ready for the unexpected. But even he was astonished at his discovery on a search for a lost greyhound track out West. Monkey jockeys in Sunshine … you must be joking.

As it turns out, South American Capuchins really do share a connection with our working-class west, greyhound racing’s heyday, forgotten sporting venues, horse racing’s skullduggery and good ol’ 20th century paternalism. Something Nick writes about in a short story ‘A Flutter on the Monkeys’. It’s a topic we discuss in a free-wheeling conversation covering psycho-geography, and what’s to be gained from walking our suburbs.

Zoom’s audio echoes and fades, but is that a faint hint of Nick’s west Yorkshire upbringing in his voice? Certainly adds to the feeling I’m chatting online with a scholarly Englishman.

The truth is Nick’s been living in Yarraville for more than twenty-five years, raising a family, and has taken the inner west to his heart as hometown.

‘It’s a place I find that I like to live, and would quite happily spend the rest of my life here. To me, it’s the most interesting part of Melbourne. I love it,’ he says.

Yet almost a decade ago, Nick’s writing life was at crossroads. A manuscript for a sequel to his acclaimed ‘Ghostlines’, which won a string of prizes including a Ned Kelly Award for best first crime novel, failed to excite publishers. Nick’s candid about his disappointment; it was a demoralising time.

He enrolled in a course at Melbourne University and was introduced to psycho-geography. You might enjoy tumbling down an academic rabbit hole making sense of exactly what this entails. I much prefer the snapshot provided by one of Nick’s assignments — go for a walk and write about it.

Importantly, the study of psycho-geography re-inspired Nick. His writing took off in a new direction. And so did he … literally.

While walking may be a highly-valued psycho-geographical activity, don’t expect to bump into Nick strolling under towering eucalyptus’ being serenaded by bird songs. There’s more chance of finding this self-proclaimed urbanite fossicking around the rusty skeleton of an abandoned factory, standing on the sidewalk photographing what remains of antiquated signage or peering at a name on the worn fascia of a rundown shop.

The ‘lost’ or the ‘secret’ is what attracts the psycho-geographer, sometimes rewarding their voracious curiosity with a story. ‘Every street, factory or house is a repository of stories small and large — the housing estate that was once a munitions complex; the bingo hall that used to be a cinema; the bridge where men worked and died; the wetlands that lived then died then lived again,’ writes Nick in his essay ‘A landscape of stories’ that appeared in the highly-respected Griffiths Review.

As to the point of being curious about our suburbs: ‘It’s a good thing to be aware of meanings and stories that belong to the place where we live. I mean Indigenous People have always known this,’ Nick explains.

He subsequently spent two years walking suburbs circling Melbourne, creating a large body of written work — stories revealing a fascinating Melbourne of yesterday. Blog site ‘Melbourne Circle’ is the product of Nick’s adventures, which will be expanded upon in a new book ‘Melbourne Circle: Walking, Memory and Loss’ to be published later this year.

In fact, one such walking expedition led to the discovery of Pike and Badger. Our notorious monkey jockeys.

Greyhound racing was a working-class sport. And by the 1930s, mechanical tin-hares had replaced live baits at events. During the Great Depression, it wasn’t unusual for a family of scarce means to raise a greyhound — dreams of a lucky night and a big win.

When Nick reached the location where White City once opened its gates to crowds now stood a factory that had also seen better days. Not all was lost though; a compelling story was about to unravel.

The well-to-do horse racing fraternity of the day, threatened by greyhound racing’s popularity, welcomed an end to the dogs that was being justified on moral grounds: ‘The state government claimed that betting on greyhounds was a pursuit from which the lower classes must be protected,’ writes Nick. It was as simple as outlawing mechanical coursing.

Enter Fred Watkins, an entrepreneur ‘with a bit of PT Barnum about him’, who looked upon the demise of tin-hare racing as a gift. Fred knew all along what racing public would soon find out:‘Capuchin monkeys can be trained to cling to the sinuous backs of greyhounds as they reach speeds of 70 kph,’ Nick elaborates.

When he first heard of monkey jockeys, Nick wondered if it was an urban myth — far too silly and cruel to be true.

So, he decided to check it out. It’s there for all to see on website ‘Trove’, the online archive of digitalised old-time Australian publications. A grainy black-and-white photograph of Pike and Badger in action on Page 3 of The Argus 11 May 1938 should remove any doubt.

Nick’s intriguing story about White City with monkey jockeys riding dogs to entertain a racing public has now been published in a new anthology. ‘On the Street’ contains a collection of essays, short fiction and poetry ‘exploring geographies of love, loss, betrayal and discovery’ in streets across Melbourne, including contributions featuring Yarraville and Kingsville.

‘Hopefully, people will buy the anthology and read it,’ Nick says. ‘And have a better understanding of their local environment. Then get out and start walking the streets themselves and see what they can discover.’

Naturally, we hope no harm ever came to Pike and Badger. Or their canine mounts. Though I suspect this could be wishful thinking. Perhaps there’s comfort in knowing they are remembered, taking us back almost a century later to a rich chapter in the west’s unfolding story.

For more about ‘Melbourne Circle’, Nick’s published work including his recent crime-fiction novel ‘Death of a Typographer’ visit www.melbournecircle.net

‘On the Street – A Melbourne Anthology’ is available at The Sun Bookshop in Yarraville.

Peter has always lived here. Writing about the west has opened his eyes to its many heroes 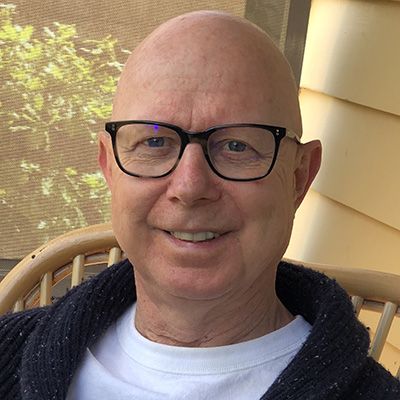 AT WILLIAMSTOWN’S RIFLE RANGE, SPORT HELPED A NATION STAND ON ITS OWN FEET

THE GOOD, THE BAD AND THE UGLY: PORTRAIT OF AN INNER-WEST IN DISTRESS