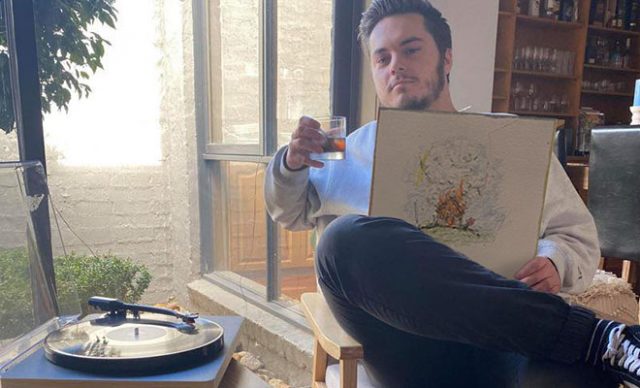 THIB is a coming of age story, Isaiah dipping into his youth and life in the suburbs growing up, which is coincidentally a meta commentary for today’s youth in society. The rage and popularity of over-glorifying drugs and substance abuse, whilst becoming socially aware of his surroundings.

This 16 track album is full of lo-fi trap instrumentals whilst also not being afraid to throw in some sensual smooth beats, and of course with one of 2021’s hardest trap beats in the song “From The Garden”, which features Lil Uzi Vert who gifts the listeners with one of his best features to date.

Other stand out tracks include Claymore (featuring Smino), RIP Young and True Story (featuring Jay Rock & Jay Worthy). Though I can’t ignore the second single of the album “Headshots (4r Da Locals”), where he intentionally makes the interpretation taken either as you are being shot or you are the one being blamed for it.

However, the album’s aesthetics and vibes are lo-fi and low-key, I’m not too sure if they were intentional or not. Where a lot of the time Isaiah’s vocals seemed to drown behind the instrumentals and be shown up by his features, to the point you almost want more of the features than Rasad himself. It became a trend at the start of the album with “RIP Young” and “Lay Wit Ya’, however as the project progresses into the back half of the track-list this issue becomes more noticeable and predominant. The main issue with the project I find is the back half of the LP, where you have to push through to get to the next song, only to find yourself in a loop.

By no way is it a bad record, the first half ticks a lot of boxes but leaves listeners wanting more than what they got, but there are definitely things to look forward to in the future.