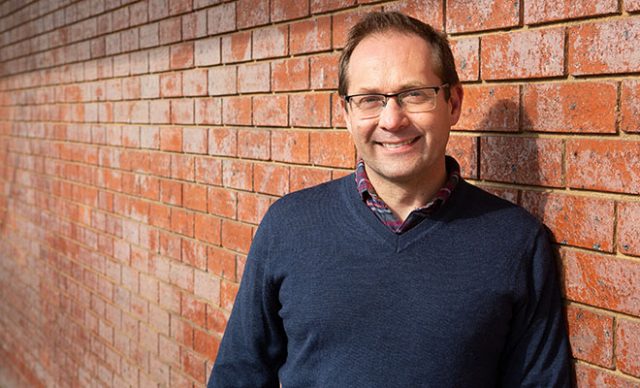 The recent changes in boundaries for Victoria’s federal electoral divisions, in particular Gellibrand and Maribyrnong, will shift many of our readers from Bill Shorten’s Maribyrnong and Tim Watt’s Gellibrand seats over to Daniel Mulino’s electoral division of Fraser. Our intrepid editor Derek Green sought Daniel out recently, to find out more about Daniel, and shine a light on his vision for Footscray, West Footscray, Seddon, Kingsville, Yarraville, Maidstone and Maribyrnong.

Can you tell us the backstory of how your family came to Australia?

The inner-west is home to many cultures and backgrounds, did being from ‘elsewhere’ give you an insight into their challenges?

I know that my experience, with parents who came to Australia with a young family and who then worked hard to ensure that their kids could get a great education, is replicated many thousands of times across Fraser and the west. One of the many reasons that I’m proud to be a member of the Labor Party, and why I am honoured to represent this community – I want to make sure that all young people in Fraser and the west are able to access outstanding educational opportunities, great training and skilled jobs so that those opportunities continue to exist into the future.

Your study years took you on a journey which included Oxford and later Yale. How did you find life in the ‘Ivy Leagues’?

It was an immense privilege to work with and learn from some of the world’s foremost economic experts at an institution like Yale. Two of the professors that taught me went on to win the Nobel Prize – one in modelling the impacts of climate change and the other in behavioural economics. It’s a place that draws together people from all over the United States and around the world, enabling ideas to be exchanged and new knowledge to grow. The experience provided me with different perspectives of the pressing social and economic challenges that we face in Australia, and I have sought to use the skills and experience I gained through my studies and research to contribute to policy that makes this a more prosperous, resilient and successful country.

What do you feel are the greatest assets of your Fraser electorate?

The one that stands out to me is the diversity of this community. We’ve got a rich and complex culture that draws upon the legacy of those who have made this area their home, including many migrants from the Mediterranean region in the post-war period to the Vietnamese-Australian community that has put down such strong roots and contributed so much in more recent decades. It is incredible to attend Harmony Day – even schools that don’t have a large number of students will often display dozens of flags that reflect their backgrounds. This is totally normal to the students of course, but it is actually an incredible achievement that this community is able to bring together so many individuals and families from so many backgrounds.

So there will be quite a few households previously in Gellibrand and Maribyrnong who will now be in Fraser. How did that happen?

Before COVID and closed borders, Victoria’s population was growing rapidly and so the Australian Electoral Commission decided that Victoria would need an additional seat in the House of Representatives to ensure that all electorates across Australia are roughly the same size. That seat is called Hawke and will encompass the outer North-western suburbs of Melbourne and some regional areas. The inclusion of the new seat has meant re-drawing the boundaries of existing seats. Because so much of Victoria’s population growth has been and is forecast to be in the west, electorates like Gellibrand, Maribyrnong and Fraser have had the most significant changes.

How familiar are you with the new parts of your electorate?

The old boundaries of Fraser included a number of communities that share many interests with the new parts of the electorate. As a result, I’ve had close dealings with organisations and communities that have reach beyond the old boundaries, such as the City of Maribyrnong, WoMEDA and Victoria University throughout my first term, and that will only increase. The Quang Minh Temple in Braybrook is an example of an important community that, while located in the old boundaries of the electorate, plays a big part in the lives of many people in the new parts of Fraser. I’ve spent a lot of time with my family over the years enjoying restaurants, festivals and community events in cultural hubs like Footscray and Yarraville.

What are you looking forward to discovering?

I’m looking forward to meeting residents, to visiting schools and community groups and to doing all of the things that we took for granted pre-COVID. The more locals I can meet and listen to, the better I can represent and advocate for them in Canberra. Like many people, I’m looking forward to getting back to all of the great festivals and events that are so important to people in this part of the world and which make this community distinctively special.

What sort of focuses will you bring to the inner west?

My focus as a local member will continue to be on jobs, health and education. Our community deserves well-funded kinders, schools, TAFEs and unis that give young people the best start in life and equip them to access good jobs. We also need to ensure that our hospitals are equipped to deal with the strains of both a growing population and an ageing population – which is why the new Footscray Hospital and the expansion of the Sunshine Hospital are both so welcome and why Labor will resolve the crisis in aged care, while the Morrison Government dithers. Above all, I will ensure that this community gets the local investment it needs to deliver great public services and to support businesses to grow.

Your PhD focussed on the macroeconomic impacts of an ageing society. How important do you think that has become 16 years later?

The key issues that I addressed in my PhD have only become more important. This was driven home to me in the last Intergenerational Report, which showed that an ageing society will place significant pressures on government spending over coming decades – on aged care, on our health system and on the NDIS. One of the key challenges for government will be to figure out ways to improve services standards while managing cost pressures. Labor’s commitment to Medicare and the NDIS – and its commitment to responding comprehensively to the Aged Care Royal Commission recommendations is a core part of what I want to contribute to in a future Albanese government.

Your political career has escalated gradually from local council through State Government. What were the main reasons for wanting to run for a Federal seat?

I have been a representative at all three levels of government. This has highlighted to me how critical it is that all three levels of government work effectively together. COVID demonstrated that clearly. I believe that our community’s opportunities, such as full development of the Melbourne Airport Rail Link and creating employment hubs at our major transport nodes.

What do you hope yourself and the Federal Labor party can achieve?

Labor has a clear vision and detailed plan to build back better from COVID and to make Australia a better place to live, to work, to raise a family and to grow old. There’ll be an election by the middle of next year where every vote will matter and where Australians will have a clear choice about the direction they want Australia to take. Underemployment has reached record highs under this Government and household incomes have gone backwards. The Morrison Government has no energy policy or plan to address climate change, Labor will rebuild and modernise Australia’s energy grid using Australian expertise, Australian steel and Australian workers to deliver cheap, reliable and clean electricity to Australian businesses and households. Meanwhile, our Power to the People policy will connect up to 100,000 homes to 400 community batteries around Australia. This will reduce power bills and emissions by making households less reliant on the electricity grid. Labor will also target housing unaffordability by creating a $10 billion off-budget Housing Australia Future Fund to build social and affordable housing now and into the future. This will create jobs, build homes and change lives in communities like Fraser.

What does a perfect weekend look like for you and your family?

Probably the go-to activity in our household is for my daughter and me to go to one of the many local parks in the area. Coulson Gardens is a favourite, so that I can get something from the taco van and she can get an ice cream. Melbourne Zoo is another favourite.