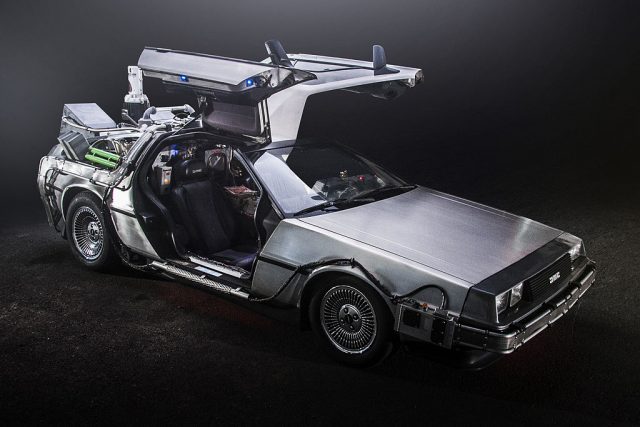 This year is the 3oth anniversary of a movie that sent us all ‘Back to the Future’ 30 more years – back to November 5th, 1955. With a time machine at your disposal, would you go back to a certain date to re-live a special moment, or maybe head into the future to see how this whole humanity thing works out? We asked eight Westsiders to channel their inner Marty McFly and Doctor Emmett Brown and set their own flux capacitor to a date of their choosing.

Chelsea Miller – If I were to have the opportunity to travel in time, I would probably choose to go back to 1969 to see Woodstock! Many musicians whom I admire played there and it would be amazing to see them in the flesh. I think the atmosphere would be spectacular to encounter, there is nothing like it left in the world. To see musicians such as Janis Joplin, Jimi Hendrix, Jefferson Airplane and Joe Cocker would be a dream come true.

Harley Terrill – If I could travel back in time I would go back to the year 1998 so that I could see the band Rammstein live in Berlin, because it is my favourite concert by the band. Recorded and released a year later on CD and DVD it was entitled “Live aus Berlin”. The band played powerfully and emotionally and the audience was just as strong with thousands of people singing with the band. The way they perform live is unique to most bands and the use of pyrotechnics is amazing. My favourite songs were all played and I have watched it countless times, but to see the concert live would have been an experience to remember.

Lelet Lumani – When I was 9 years old my cousin and I ventured off to the MCG and I was hooked for life as a one-eyed Richmond supporter. Since that day I have always wanted to see the Tigers participate in a Grand Final I would set the time machine for the 27th of September 1980 because that was the day when Richmond won their 10th and most recent premiership. I have watched that game over and over again maybe 50 times and I will continue to watch it on DVD over and over again because it only gets better every time – but I can only imagine what it would have been like to have witnessed the game live and cheer on every goal that was kicked against Richmond’s arch enemy Collingwood and then celebrated afterwards with the Tiger army for days on end

John Clark – I think I would go back to multiple times and prevent the deaths music and movie legends. Music: Janis Joplin, Elvis Presley, Michael Jackson, Jimmy Hendrix. Their music and lyrics has touched us at least once in our life time, they have been with us through thick and thin no matter the issue,  their words inspired us to move forward. Movies: Judy Garland, Heath Ledger, Britney Murphy, Corey Monteith. I have found their performances to pull on my heart strings every time, the emotions they portrayed in the roles they played either made us cry, laugh, worry and even close our eyes out of fear. To see them ripped away in the prime of their lives my heart goes out to them and their families their careers were cut too short.

Edlira Vula-Cana – The day I would go back to is in 1998, that is the time I would love to bring back and be with my cousin Permet. We grew up together, my dad and my uncle had a three story mansion and we had a big front yard, my siblings and my uncle’s children Ermiri Permeti & Kosovarja  grew up together – we were like brother’s and sister’s. I remember the day when I was 7 years old and Permeti came and was telling the family that he had decided to go and become a soldier and fight for his motherland in 1999 in the war in Kosovo and Serbia. Permeti  was a brave and patriotic man, he left his family and friend’s behind so the Albanian people would be free. I remember that day, I was telling him; “I wanna come with you to be a soldier”, he was smiling and told me that I was young and should enjoy my childhood. I jumped on his back and he put the white traditional Albanian hat on me. I will never forget that day and that is the day I dream about all the time. I hope to meet him again in next life.

Zac Boicovitis – The day I would go back to is July 4th 2004, 3 days after my birthday. It was a late birthday present – one of the best days of my life. I wish I was in Portugal the day Greece won the European championship against the host nation Portugal. It was one of the biggest shocks in world football ever, I will never forget how nervous I was, I was shaking my boots off. I had tears in my eyes when the final whistle went, I was screaming, jumping, yelling, crying – I couldn’t believe we won and were the champions of Europe. It was one of the best days in Greece’s history. I wish I could go back to that day just celebrate it all over again with family and friends and party and say we are the champions of Europe again!

Carolyn Taylor – It’s a bit of a shame that there are still no flying cars, hover-boards and self-tightening Nikes in 2015, like the movie Back to the Future II portrayed. It would be pretty cool to time travel to the year 3000, just to see how the future will be! Will humanity be the same as it is today or would they have evolved and be living on another planet such as Mars? Will there be a cure for all types of cancer? Will there be robots as servants? What new technology will there be? These are just a few questions that linger in my mind when I think of the future.

Annie Nguyen – If there were ever a time machine created, I would absolutely fast forward the time to 5 years! Only because I am so very curious of what my life will turn out to be in 5 years, whether or not I would be married, starting a family, having a mortgage to pay off, or just living the life with the dream job! I am also a very ambitious person with so many life goals set, it would be easier to change what I am doing wrong now to make better life-choices, so that my life in the future will be picture perfect!