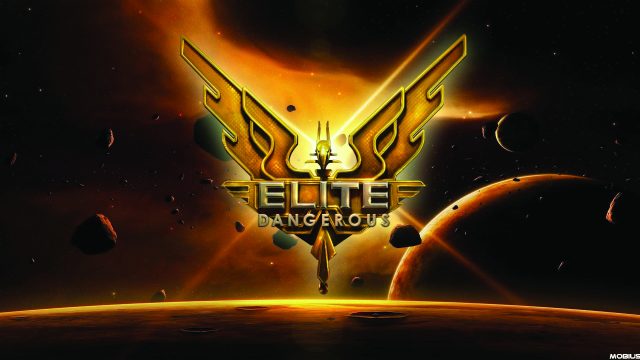 Elite Dangerous is what looks to be the 3rd instalment of the Elite series. Elite Dangerous is a new, open galaxy, sand box space simulator, set in the year 3300. Over 400 billion star systems with multiple planets which can all be visited.

This new space simulator will cost you around $75 Australian available on steam, no subscription and possible expansions, which should be at DLC price of $30, give or take (this is my estimation), with micro transactions at around $10 for new colours for your ships and cosmetic things like that. In sum, there’s no big pay to win option.

The first time you open your game you’re greeted with a great in-depth tutorial and mouse support for players who are new to the genre. There are also fairly good plug in and play options with most of the latest flight sticks, from the $ 30 Thrustmaster products, all the way up to the Warthog H.O.T.A.S, valued at around $ 500. The ability to change your own button to what you want is a well greeted pleasure.

There are many different ways to go about playing in Elite dangerous. (As said before, it is an open world sandbox game.) The galaxy is your oyster. Do you want to be that guy who loves to explore going through uncharted systems and selling your discoveries for profit? Do you want to trade large amounts of products from system to system to make a large profit? Do you want to pirate from others and sell you booty on the black market? You can even hunt pirates or wanted criminals and collect bounties. You can do it all if you want to.

There’s a decent array of ships to choose, from nimble fighters to large cargo ships and everything in-between, with the ability to refit your ships for what job your want it to do. There’s also a small variety of weapons, including three laser variants, as well as cannons and multi-cannons which can be fixed, gimbaled and turreted. Railguns and plasma cannon are fixed and missiles can be fitted.

The one major downside that comes to mind is that there’s a very underwhelming soundtrack for the vast expanse of space you can visit, and this includes fairly low quality weapon sounds as well. Another downside, if you want to call it that, would be that it can take a long to upgrade through the ships and this can sometimes make you feel a little burnt out.

RUN FOR THE SHADOWS IN THESE GOLDEN YEARS