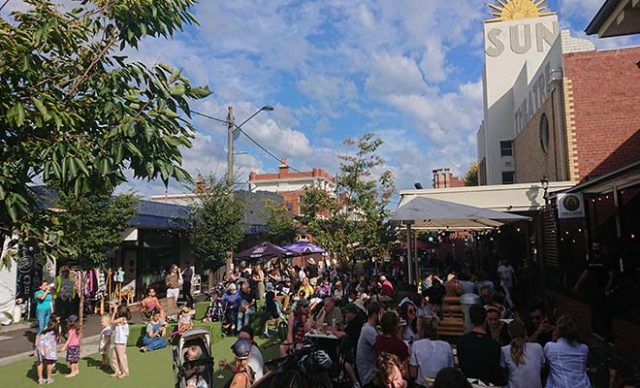 If you were in the Yarraville city centre in March you would have been drawn out of the shops and cafes by the sound of live music wafting out into the street.

Nestled in between the Sun theatre and the corner of Ballarat street, an outdoor stage was draped in guitar amplifiers and microphone cables set out for the afternoon. The weather gave way to clear skies as local acts ‘Deadnecks’, ‘Meraki Minds’, ‘Honey Blue’ and ‘The Marlens’ entertained family and friends of the local community. Before the first set, a member of the opening act commented “I am excited to see more live music happening around the corner from where I live. There’s so much potential to create a cultural hub with events like this, and I wish we were able to do this sooner” 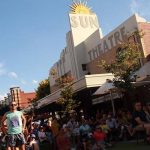 Organised in conjunction with Seddon Kingsville Yarraville Community Group, counsellor Michael Clarke was pivotal in pushing the event forward and organising the nitty gritty. Blake Savanah of Giant Drop Records and bassist for Deadnecks originally conceptualised the Sunshine Daydream Festival to bring the local community together through music, fun and festivities while giving local businesses a boost. After being locked down for two years, around 800 people were drawn to the event throughout the day.

Blake says “Sunshine Daydream was somewhat inspired by the Grateful Dead’s legendary Free concert on Haight St in 1968. It embodied the adventurous free-spirited nature that can be found in their enduring music.”

Partnering with VU and the VU Music Agency enabled the booking of various emerging artists. Each musical act had an association with Victoria University, or met while studying VU’s music program which boasts a wealth of local talent as an integral part of the community in Maribyrnong.

Sunshine Daydream aspires to become a music event that will grow year to year and stand alongside local Melbourne events such as ‘Out on the Weekend’ or the ‘Brunswick Music Festival.’ Perhaps VU music alumni and students on campus located in Yarraville are likely to involve their creative input and community to build morale and contribute to such events if given similar opportunities. 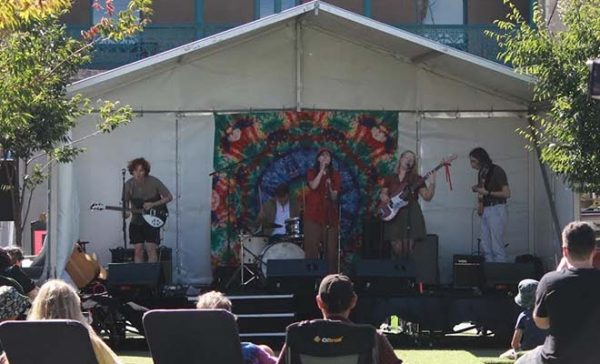 When music lovers in the west want to experience live music, they are often in for a night travelling to the northern and eastern suburbs with their train tickets and walking shoes. However, more chances to enrich community spirits and artistic pursuits with more open and outdoor events such as these may put the west on the map with our own unique take on live music.