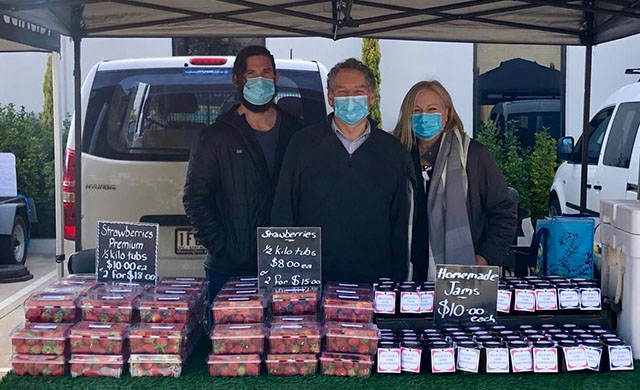 Who doesn’t love a refreshing strawberry sorbet, strawberries and cream, scones with strawberry jam or a chocolate coated strawberry? 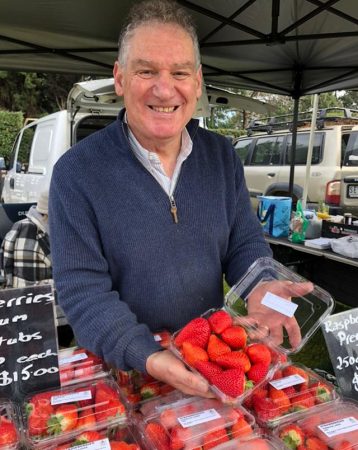 Little fruity flavour bombs, strawberries are everyone’s idea of a taste treat which are loved by children and adults alike. They have a place in our culinary history and if you love strawberries and cream you can thank Thomas Wolsey who devised the concept for the court of King Henry VIII

Now with strawberries finally in season (until mid-June) it is time to start enjoying their sweet goodness as one of the first signs that summer is on the way. Picked locally they are a taste sensation, but as they don’t travel well buying direct from the grower affords maximum freshness and flavour. The shorter the food miles chain the better condition the fruit arrive to market in.

The best news is they are also good for you and are an excellent source of vitamins C and K as well as providing a good dose of fibre, folic acid, manganese and potassium. The strawberry fruit was mentioned in ancient Roman literature in reference to its medicinal use. By the 16th century, references to cultivation of the strawberry became more common & people began using it for its supposed medicinal properties while botanists began naming the different species.

Now strawberry plants grown in Australia come mainly from America and Japan but have a colourful history which spans the globe. The first garden strawberry was grown in Brittany during the late 18th century. Prior to this, wild strawberries and cultivated selections from wild strawberry species were the common source of the fruit.

Only one hour from Melbourne the Yarra Valley has the distinction of being where commercial growing was first introduced to Victoria during the 1950’s. Strawberry production started in this region as migrant families began to settle on the outskirts of Melbourne, particularly in those areas with rich fertile soils. Part of this wave of growers were the Italian Zappia family who are still growing and selling direct at markets in the region. With his long family history in the Yarra Valley Santo Zappia of Yarra Valley Produce is well placed to talk about his love for berry fruits and their philosophy of production.

“There’s no waste in this business. When the time is right, we pick the fruits, we pack them and they are ready to be sold at markets. Whatever we don’t manage to sell fresh, we will then freeze and sell to jam makers, whatever is left, it will be used to make jams ourselves. Everything gets used. Society is finally changing, wasting it has become ethically wrong and it’s now accepted for people to buy oddly shaped berries”. 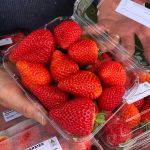 THE MEAT ROOM: ITALIAN HERITAGE AND A PASSION FOR FOOD