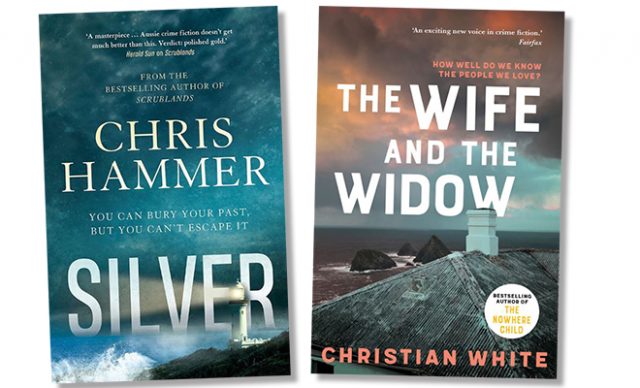 The Wife and the Widow

If I was running a creative writing class (I’m not), the two key pieces of wisdom I would probably impart on my students would be: a) write what you know and b) write to your audience.

Crime may not ultimately pay, but gee it sells, and what strikes the reader immediately with both writers is their ability to quickly find the right pitch – relatable, relevant and comfortable. We’ve all known these characters, or at least someone just like them in a past life, so their backstories and actions don’t necessarily shock us, we simply connect the dots and devour.

Hammer’s Silver reprises many of the characters from Scrublands, including his main protagonist – or should I say protégé – journalist and ex-foreign correspondent Martin Scarsdale. Likewise through The Wife and the Widow, White effortlessly lays a kaleidoscope of characters at our feet, reflecting his various travels and experiences through life prior to his current career.

The result is a pair of respectable page turners – there’s no poetry or Shakespeare here – that will keep you entertained without shame, and eventually satisfied. DG

ALL OF US TOGETHER