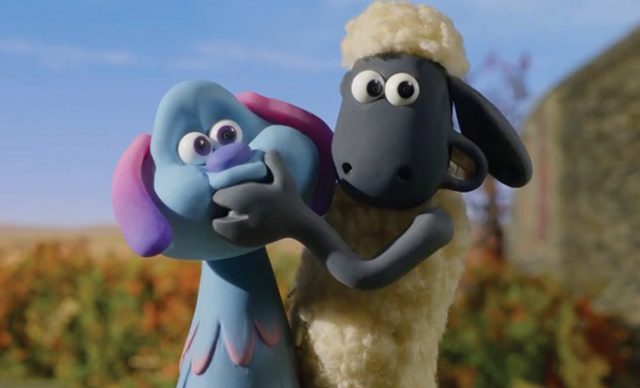 Forever I will be biased towards Shaun the Sheep, that’s because they are created by Aardman who you may know as the creators of Wallace and Gromit.

In my opinion they are one of, if not the best animation studios of all time. Now what Aardman is so special for is stop motion animation, also known as Claymation. From way back in the 90’s where you could clearly see that it was made with a human hand, to now where I actually had to look for a behind the scenes video to make sure it wasn’t computer animated because it was so neat. Their methods have definitely improved and the time to film such a project has absolutely sped up; Chicken Run took years to make.

This sequel is about a young alien who gets separated from his family. He then runs into Shaun and the rest of his flock, they agree to help him return home while avoiding the secret government. It turns out to be a light-hearted, enjoyable story about friendship. It is an easy watch, it’s funny and makes you smile. That’s all you really need for some movies to be successful – to keep it uncomplicated. This is truly one for the kids, but the whole family can come along. The only thing I would say is that the creators could have added a little more to the story, but really I am impressed with how it all turned out.