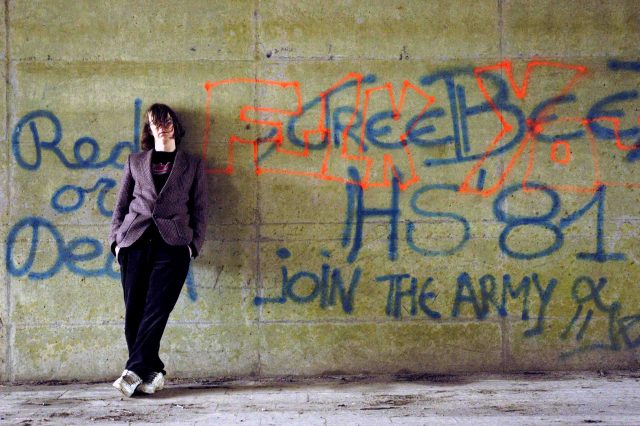 In defence of hipsters

Hipsters are the latest in a line of predominantly white subcultures that cop the sneaky conservative wrath of the dominant white culture they exist in. “Oh I’m not conservative, I just hate hipsters!” Trending mockery ahoy. Hipsters are guilt-free targets. Hipsters are not boat people, not terrorists; some are a little metrosexual (reprobates!) and look like potential white moderates in disguise with their swagger-beards, clear-lens spectacles and convulsive op-shop combinations.

Yes, I just pinned-the-tail-on-the-hipster by describing populist annoying hipster traits. Of course they don’t all look like that. I was caught momentarily in a sweet slander vortex and genuflected accordingly to tacky societal pressure. But look down here: the bogans are off the hook running free while the hipster revulsion possesses all the happy haters. We used to hate those bloody bogans! Now they are feel-good television shows.

Is it not all a bit late and a bit lazy considering New York Times scribe Mark Greif had the hipster grave already dug in his 2009 article The Death of the Hipster? Is this clinging phenomenon not a smug, sniggering franchise rooted in capitalist insecurity and ultimately so f#*king boring?

“Hipster” is a bandwagon tag that even people apparently intelligent enough not to get sucked in by name-calling, still find seductive. We all enjoy a sneer from time to time. It makes us feel better about our own moderately shit lives. And I am not saying I haven’t met a few wanker hipsters (aghast, I may be one), but there are always wanker individuals, and they are more often a wanker because of their unique wanker nature rather than the possible wanker group they are aligned with (politicians excepted who are genuinely all wankers bar the odd spanner-throwing luminary, and I double-checked this naked truth with actual human beings).

Hipsters are in fact thinking about things that more earthlings need to get broadly savvy with (and quick) in order to help this burning planet avoid a destiny with extinction: progressive political views and alternative lifestyles. I even had someone say to me that hipsterism was only a typical Gen Y thing, “You know, attention seekers, they just don’t ‘get it.’”

Of course, why not double up on the cluelessness? Got to think of the shareholders.

Piling it on Gen Y

Well you know what Gen Y certainly got? They got a world wrecked by greedy dickheads. And now it is apparently Gen Y’s responsibility to clean it up. There is this weird existence hiccup when one generation realises that the next generation is getting more press. Complacency and ego swiftly catch the next available sewer canoe (they are real).

“Oh Gen Y, the hipster tools they just expect everything… Oh Gen Y they just don’t know how hard it was for us Gen Xers having to wear hypercolour shirts while dealing with space shuttle disasters and only being allowed to play with Rubik’s Cubes…”

If your life has been so successfully governed into a mode of nostalgic depression that makes mocking a hipster your pathetic little relief from hopelessness: then try real anger. Anger in the direction of the lying, incontinent bastards who fake their way around parliament and into our lives.

An angry population is not as easy to rule as a despondent population. And I don’t mean being senselessly angry, like anger at hipsters for enduring. In the western suburbs we are fortunate enough that courtesy has survived and prospered. I still say hello to strangers in my suburb and am regularly heartened by the day-to-day occurrences that engender compassion in the community.

But a spoonful of healthy “anti” is more than overdue, and if that means sections of society are rejecting the commercial spectacle and desiring a more authentic life, then bring on waves of hipsters.

Hipsters may even spurn this article.  Maybe they are so raging hipster they don’t even know they are hipster. Maybe they don’t need defending. But I love you hipsters. Personally, I identify as agnostic-bogan-hipster, a variant just awaiting Wikipedia validation.

And remember to send all hate mail on postcards. It’s nicer.

A TRIBUTE TO THE VILLAGE THAT RAISED MY WIFE