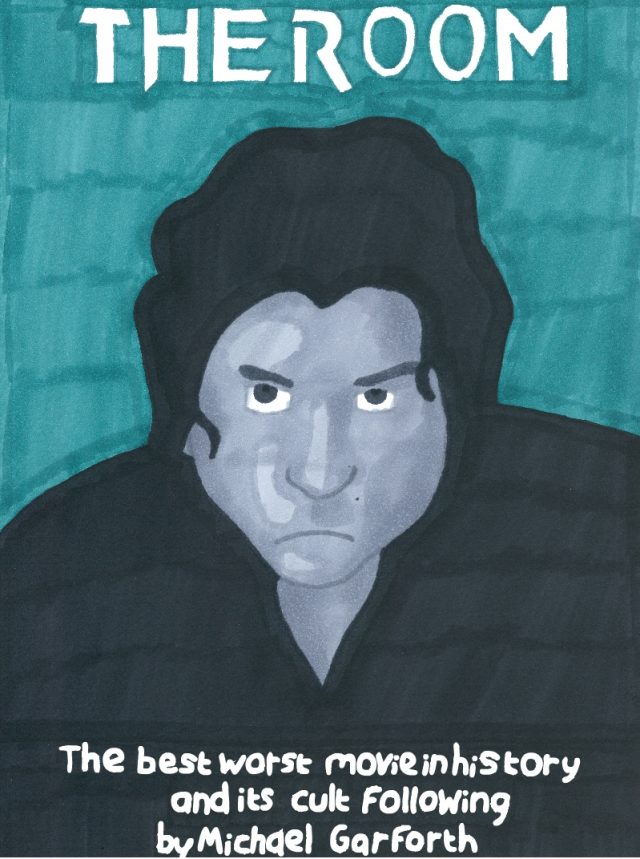 There are so many movies out there that are capable of sending us into bounds of joy, fits of laughter and torrents of tears, some of these movies are considered so good they receive awards for writing, directing or acting. But is there a movie out there considered so bad that it’s good? There are a growing number of people that would point at Tommy Wiseau and his 2003 movie ‘The Room’.

The 6 month production of the room had an inflated budget of $6,000,000, $300,000 of which was spent needlessly on a billboard in Hollywood for approximately 5 years after the movies official release. Tommy Wiseau stars in the movie and has also written, directed, solely produced the film as well.

The plot of the film consists of a ‘dramatic’ love triangle between Lisa (Juliette Danielle) cheating on her fiancé Johnny (Tommy Wiseau) in favour of his best friend Mark (Greg Sestero), to make matters worse Lisa decides to spread lies about Johnny hitting her and that she is pregnant to “Make things interesting”. Johnny eventually discovers Lisa’s lies and infidelity then goes into a lethargic fit of ‘anger’ before dry humping Lisa’s dress then finally killing himself with a pistol.

If parts of the main plot don’t make sense the multitude of unnecessarily added sub plots won’t fare any better as they are thrown in without context or warning only to be dropped entirely never to be mentioned again. Despite the crews best efforts to alter the script to make it more comprehensible the film is littered with scenes where the often inexperienced actors are forced to work with lines such as “Leave your stupid comments in your pocket!”

Wiseau’s performance is perhaps the most disastrous yet hilarious aspect of the film, his acting capability is non-existent as he attempts to go through the film managing to slaughter the most simplest of lines by adding emphasis in the most bizarre places. Needless to say the film itself was a disaster in every aspect; it only grossed $1,800 mostly due to the way people demanded their money back 30 minutes into the 99 minute production.

Yet somehow towards the end of its life in the cinema people managed to appreciate the film finding humour in how terrible yet sincere the film was. A cult following soon emerged and grew to such a level that the room now plays in cinemas across the world as audiences revel in how bad the film truly is.

If you’re the type of person that enjoys tearing apart a film for its bad acting, ridiculous writing or nonsensical plot holes then this is the movie for you. It’s recommended to watch this film with friends and family to fully realize why this movie is referred to as the “Citizen Kane” of bad movies. If you can’t stomach the film there’s always the story behind the film with Greg Sestero’s book “The Disaster Artist” which is perhaps more hilarious than the film itself.