The proposed Albion Flyover is a 25m high elevated rail track running from HV McKay Heritage Gardens in Sunshine to over Ballarat Road Bridge at Albion Station. “If the transport bureaucrats get their way, the Albion Flyover could destroy the heritage precinct that contains several historical buildings and put at risk local schools, sports clubs and small businesses.” said Stephen Torsi, Convenor of the Alliance.

“The station has been neglected for years and the community see the airport rail as a once in a generation opportunity to breathe new life into both Sunshine and Albion.”

The Alliance is asking the Victorian Government to put a halt to plans and consult with the community that has worked for two years on a development vision for the area. The Alliance is also calling for others to join the campaign and sign an open letter to state and federal pollies. 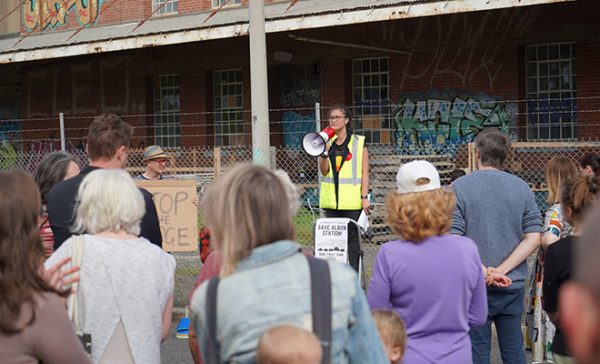 BRINGING PETS TO THOSE WHO NEED THEM MOST