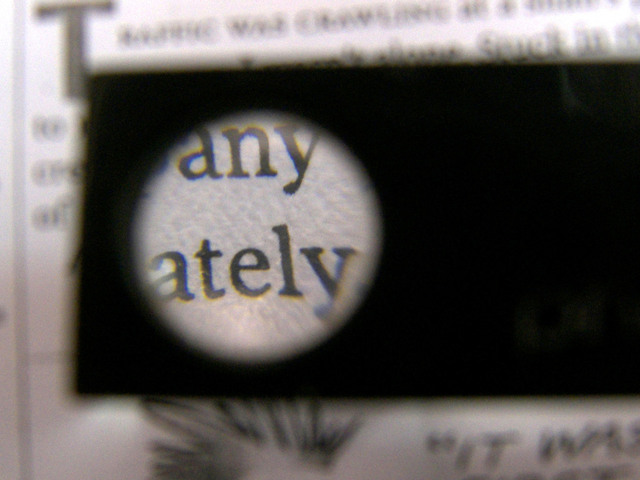 Writing is a trade that is as demanding, as tiring, as rewarding and as challenging as any other. Just because you’re not wearing a suit or sporting a fluorescent shirt does not mean your work is less important. Often it changes the world in ways other professions could never achieve.

Some nights you’re typing away at a speed you can’t define, finishing your third cup of coffee and glancing outside the window to see the sun begin to creep up over the horizon; another session that blurred between reality and black lettering as normality finally breaks you away from creation.

Other days you sit in your desk chair, open up your laptop and stare at the white tease covering the monitor, blank, frustrated and waiting for an idea that doesn’t want to form, the roadblock that isn’t prepared to make way.

Writing a novel is taming a beast; it will either be thrashing at the cages wanting to escape, or curled up in the corner like an elderly cat. The choice is rarely yours, but you have to be willing to accept the mindset.

Two years ago I decided to write the story that had been circulating in my mind for too long. As a freelance journalist and university graduate I believed I had enough patience, a wide enough skill set and a wealth of experience to set the idea into motion. But as with many creative efforts, ease wasn’t a term applicable to this project.

There are moments when you’ll write a paragraph or two and read over it, only to become angered and deleted the section without a second thought. We are our own greatest critic. When my prose wasn’t stacking up to Stephen King, George R. R. Martin and Steig Larsson I grew annoyed. But I continued to water the flower, hoping it wouldn’t wither. No book is complete without ups and downs, success and failure, glory and sacrifice. King used to stick his rejection slips on the wall.

I moulded characters and constructed a society, writing key parts of their lives to better understand them before progressing through major plot points. These snippets weren’t included in the final product, mere ways to see how the protagonist, the antagonist and the wide range of side characters would react to certain situations. I played and played, bashing their heads together to see what leaked out.

I wrote about topics I’d researched for other projects; journalism (the role of the lead character), the party drug scene (the issue threatening society), travelling to exotic locations (the life-changing growth) and utilising technology (the means to the end). In doing so, I discovered facts about the world and facts about myself. Writing a novel is an experience that changes your perception. It sharpens your senses.

After the first twenty pages I wondered if I could write twenty more. Now I’ve planned a trilogy. It’s an addictive process, and one I hope transcends into a living.

So here’s the opening of my first novel, The Rising Sun. It is an introduction by the main character, Joel Gibbs, a controversial journalist investigating the threat posed by a city-wide addiction to the party scene. I decided to use C. J. Sutton as my pen name; creating a marketable self is half the battle.

Book I of the Depths of Destruction Trilogy

Addiction: a disease that cowers and claims no fault, a powerful destruction of the person. There’s addiction to substance; alcohol, hardcore drugs, sugar and nicotine. There’s addiction to a pastime; the gym junkie straining muscle, the model afraid to eat and the gamer who can’t press the off switch. There’s a more dangerous addiction, a state of mind, a way of life that threatens to blow apart much more than the individual. For if a group become addicted to a cause, a movement or a goal, they will sacrifice everything to feed the addiction and ensure it remains in reach. The brain is easily corrupted. When a cluster of people become addicted to the same phenomenon it can spread faster than wildfire.

Imagine a combined addiction of drugs, of party, of power and of mayhem by a generation of wealthy and misguided youths. A crazed, obsessed and offensive movement, capable of changing not only a scene but a city, capable of turning one of the most liveable cities into a jungle not safe for the armoured, the rich and the innocent. Authority can’t stop such unrest with laws and guns; addiction isn’t human.

I’m an addict. Of something far different, but that’s the trick with addiction; it doesn’t matter what you’re addicted to, because the mind works the same. Become addicted to a feeling or emotion and the trap hovers behind the clouds, it lies beneath the pavement waiting to strike. I fear for the safety of my city, and the safety of my own mind. I’m afraid, I’m concerned, but I know how addiction starts, so maybe the battering ram can be intercepted before the concrete begins to cover the land in rubble. I am Joel Gibbs, reporting for The Rising Sun, set in the heart of Melbourne.

Chris Sutton is currently seeking publication for his novel, The Rising Sun. He can be contacted at chris_sutton@live.com