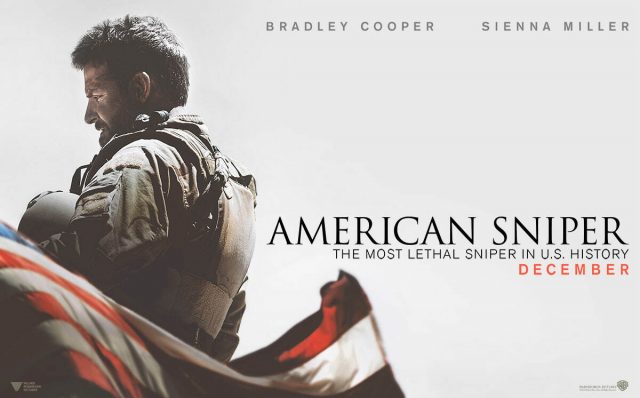 This movie was directed by Clint Eastwood and came out on the 16th of January. It is currently the highest grossing war film in North America and has made 361.3 million dollars so far at the box office.

I recently watched this film, it was amazing to see the life of marine Navy Seal Chris Kyle – the most lethal sniper in American history – and his journey, going to war and coming back and facing civilian life.

Chris Kyle grew up in Texas his father teaches him how to hunt deer and to shoot rifles. He became a rodeo cowboy for a while, then in 1998 he saw the U.S embassy bombings and decided to enlist in the U.S Navy. He was eventually accepted for SEAL Training, becoming a U.S. Navy Seal Sniper and notching the most kills – 255 with 160 officially confirmed.

The movie made me realise how lucky we are in Australia, unlike the countries that are currently at war. It was a powerful movie with a lot of emotion and this provoked much discussion about the film – about going to war and protecting yourself and your fellow countrymen in battle.

It was one of the best war movies I have seen, and Bradley Cooper’s performance was amazing. The movie has been nominated for six Academy Awards including Best Picture, Best Adapted Screenplay, and Best Actor for Bradley Cooper which I hope he wins as it was a magnificent performance by him.