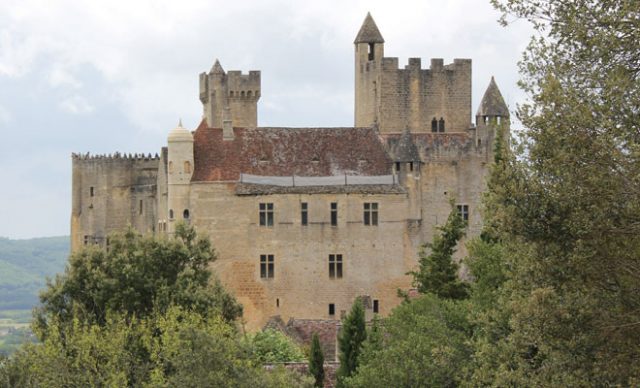 I am only slightly ashamed to admit that one of my favourite TV shows at the moment is “Escape to the Château”. If you haven’t seen it and the title isn’t enough to give away the premise, then think of a couple with two small children purchasing a decrepit 18th century castle in the French country-side and then spending six seasons of a television series restoring it to its former glory. I’m sure you get the drift – replacing many of the 78 windows, discovering 200 year-old nic-nacs in the attic (along with half a tonne of bat droppings), replenishing the fish stocks in the moat, and scouring the brocantes of the local villages for anything that will fit – hat stands, gilded mirrors, lamps shades, and a couple of dusty old chaise lounge for ‘Le Salon’.

The ‘Chateau’ itself is located in the famous Loire Valley region of France, west of Paris and unfolding toward the Atlantic, an area synonymous with grand estates and beautiful gardens. It’s popular with Brits thanks to its close proximity to the coast and shipping ports, and many arrive each spring and summer by train and ferry to enjoy the “joie de vivre”, which I always thought translated as ”joy of life”, but actually seems to mean “to consume large quantities of cheese, croissants and wine while sitting on a sunny balcony overlooking a 15th century monastery flanked by fields of lavender”. Either way, the TV show has certainly helped nullify the negativity and uncertainty surrounding the implications of Brexit, and the area remains as popular as ever.
A few hours to the south however is an equally pretty and lush region, with so many castles that each one seems as if it were built purely so its inhabitants could see the next one, and the several beyond that, on the horizon.

My family and I have always preferred the backroads to the freeways – not only do we avoid the eye-watering tolls (as an example more than $200 AUD for the 7 hour drive between Paris and Marseille), but we gain valuable insight to so much more through adventure and discovery in its purest form. And so it is we decide to embark on a classic road trip of a different kind, one without a convertible, billboards or desert – a backroads trip through the Département de la Dordogne – the Dordogne Valley.

Flying into Bergerac, we find the local officials and team on the ground as efficient as we could expect for inhabitants of what is basically a large shed in the middle of a field. Our passports are stamped, our car rented, and we are on our way before you can say “voila”.

Bergerac is surprisingly appealing, from the Paroisse Notre Dame church, through narrow lanes that lead past the statue of the eponymous Cyrano, down to our first look at the Dordogne river. Its market day (of course!), so the time is perfect for us to set the tone for the coming week and find a purveyor of fine coffee and pastries. There will be plenty of time to shop for cheese and wine, so we wander the backstreets, popping our heads in several cute restaurants to find out if they cater to vegetarians.

“Non”, is the standard reply, with a more than discernible sniff of the air as if the very words had left some sort of foul smell. Eventually our luck improves and we settle in at a lovely little square near the river and watch the locals come and go with their market purchases.

The drive to nearby Périgueux provides a glimpse of the week to come – rolling hills of forest, medieval villages, stone walls and castles on every cliff-top. The domes and towers of Saint-Front Cathedral can be seen for miles as we approach, but as with many such towns perched on hilltops, we must prepare ourselves to park below and walk up. We explore the windy laneways and quickly connect with the atmosphere, local vibe, and fresh, tasty Nutella galettes. I was going to say “windy laneways of the old town”, but this the South-west of France, it’s a moot point as everything is centuries old.

Even as we drive through the countryside through towns and villages, we witness the French effort to preserve the past – old farmhouses and cottages are more likely to be restored than destroyed, and in many regions a crumbling historic chateau can be purchased for less than the cost of a 3 bedroom house in inner-city Melbourne, providing you have the ability and energy to restore it.

Périgueux was the capital of the Gauls prior to the Romans, and from its highest perch we can see many miles (and castles) in every direction. A couple of hikers clack their poles on the cobbled path and we wonder if they are undertaking part of the “French Way”, which splits the town as it heads south to eventually join up with the classic Santiago de Compostela in Spain.
We have booked a 17th century farmhouse, Masion D’Albine, on the grounds of Château Cazenac, near the village of Coux-et-Bigaroque. By the time we reach the Maison, we’re excited enough not to notice the dark clouds that will hang over the region for the entire week.

The farmhouse is stunning – renovated over five levels, with four bedrooms, three bathrooms, swimming pool, and views across fields of sunflowers and the surrounding terrain of green. Not a day goes by without us visiting one of the local markets, all washed down with the six vital components on our daily shopping list – coffee, pastries, champagne, baguettes, cheese and smoked meats – plus a drop of red at night.

Driving on the wrong side of narrow, twisting French roads is charming at best, alarming at worst, but it doesn’t dissuade us from exploring nearby hamlets. We’re never 100% sure of the pronunciation, but we become intimate with the nearby villages of Coux-et-Bigaroque, Le Bugue, Le Buisson and Saint Cyprian.

Farther afield we discover Beynac-et-Cazenac , one of France’s ‘Les plus beaux villages’ (the most beautiful villages) an official classification for which strict criteria must be met. An incredible view awaits from the cliffs of the stunning medieval Château de Beynac. The fortress was a stronghold of both the French and English at times during the Hundred Years’ War of the 14th and 15th centuries, and was at the border of the two countries for much of the period.

We stick to smaller roads and we’re rewarded by endless fields of sunflowers. I’m not sure what their main purpose is besides decorative – maybe they offer up some sort of elixir or magic oil – but for me just the sight of them prompts a wave of happiness.

Sarlat-la-Canéda is our next stop, a well preserved historic town largely passed over by modern development, best known for its Cathedrale Saint-Sacerdos (superb), colourful macarons (delicious) and foie-gras (we’ll take their word for it). Wandering through the ‘old’ town, we feel connected to the concept of slow living as demonstrated by the town’s inhabitants– walking everywhere, shopping for fresh produce daily, and stopping to chat or smell the arrangements of dried lavender. This is the life.

As the week flies by, one castle remains. We can’t come to this part of the world without visiting the famous UNESCO site of Rocamodour. Cut from sheer rock face and rising above a cliff, it’s an imposing site. The complex was built as an abbey and the surrounding buildings and walls as defence mechanisms to protect the churches and their inhabitants – monks, nuns and pilgrims. As a sight it’s spectacular, whether viewed from the service town across the Alzou river, or from the highest point of the Chapelle Notre-Dame. No visit here is complete without taking a moment to witness the Black Madonna, believed by many to have been carved by the site’s founder, Saint Amator more than 1600 years ago.

When the week is over I have to be dragged from Maison, a task all the more difficult due to the fact that I’m about five kilos heavier than when I arrived. Hopefully that won’t be a problem at check-in for our budget airline return flight, they seemed to weigh everything on the way over here. Waiting for check-in at the airport, we air out dreams of one day buying our own chateau in the Dordogne, lovingly renovating it, and returning once a year to escape the worst months of our dreary Melbourne winter. With each day that passes, the dream seems like one of those ones you smoke, but it just won’t die.

So when planning a trip to France, the names that usually spring to mind might include Provence, the Riviera, the Loire, perhaps Burgundy, and of course, fabulous Paris. The Dordogne may not be as high on that list, but spend a week here and you’ll discover a region worthy of at least a small part of your heart.

CONVERSATION WITH A CHEF – ROMUALD OUDEYER