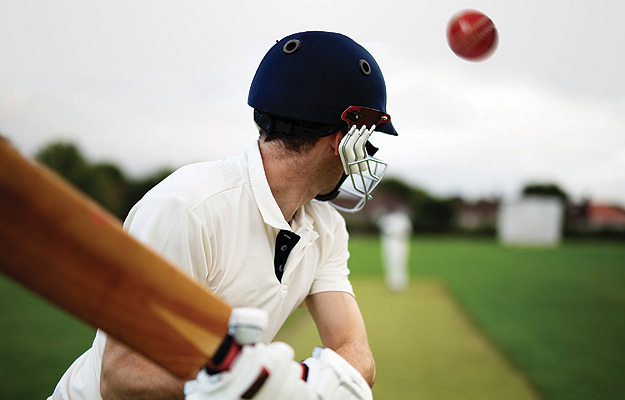 The call came on Friday arvo. Early November. Could I do the cricket scoreboard at Footscray’s home ground, the Mervyn G Hughes Oval by the Maribyrnong River. Opposite Flemington Racecourse.

The regular scoreboard attendant was not available and the club needed a fill-in for day 2 of the First Xl game against Ringwood. 11am to 6pm.

I’d only ever done the old footy scoreboard at Williamstown, but I’d been inside plenty of cricket scoreboards.

A day watching first-grade cricket? From the comfort of the scorers’ upstairs office? Some pocket money at the end of the day, and then a nice ride home along the river? Hard to say No.

“I just change the scores at the end of each over, don’t I?”

“We usually do it ball-by-ball,” said Shaun, a friendly man who reminded me of a cricketing mate from Ballarat. Relaxed. Unruffled. “You’ll get a bit of a workout.”

Ball by ball? I calculated I would have to keep track of at least three things for each ball: batsman’s score, bowler’s figures, total score. And at the start of each over make sure you’ve got the Over numbers correct. And when a wicket falls, change the batsman’s name. And when there’s a new bowler, change the bowler’s name …And how many overs in a day’s play? Ninety. Ninety times six…

Footy may be a much faster game but it doesn’t demand as much from a scoreboard attendant. Cricket is slower, but a lot busier from inside the scoreboard.

The Footscray scoreboard is old-time. White letters and numbers on black. Slide in the numbers. Slot in the letters. Two hinges on each panel. Ten panels. Some panels are head high, some are at your ankle. Up, down , across, over…Stand, kneel, crouch…repeat. No fancy electronic/digital scoreboard where you just press a few buttons.

The breaks between overs, wickets, and innings never seemed long enough. I was playing catch-up all day.

I thought about my hips, my back, my shoulders. I thought, Will my pocket money cover the inevitable visit to the physio?

During the lunch break the club secretary told me the club would be getting an electronic scoreboard in the new year. I’ve got to admit that, should I be needed again, the idea of sitting at a desk and pressing a few buttons on a laptop or iPad suddenly had a certain appeal.

You want scoreboard pressure? Footscray batsman, club legend Dean Russ, was approaching a century as he tried to hold the team’s innings together. I was approaching the end of my energy. Hips creaking. Back croaking. Shoulders aching.

Russ reached his century and I slotted in the three figures.

Knackered, seriously knackered, I pedalled home along the river. There was a strong headwind.

Footnote: When Dean Russ reached 73, he became Footscray’s highest-ever run-scorer, going past left-hander Mick O’Keefe’s 7194 runs. O’Keefe and former Test batsman Ken Eastwood (club record-holder prior to O’Keefe) were present to see Russ break the record. (I’d wondered what the applause was for as I changed the score to 73 – I figured it wasn’t for my scoreboard skills.)

Vin Maskell is co-editor of a website dedicated to scoreboards: scoreboardpressure.com

KEEPING THE WEST IN THE GAME