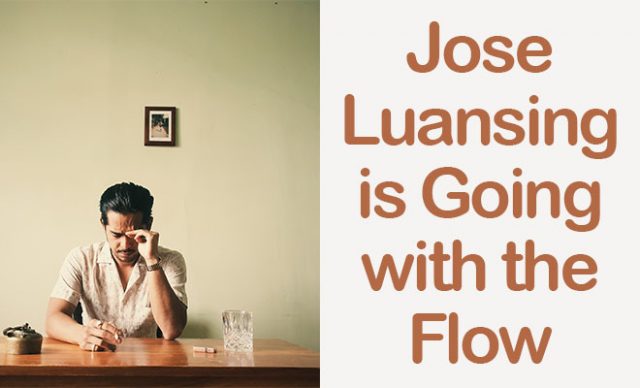 After two years of mulling over it with his guitar, Stevie Wonder records, and several cigarettes, Melbourne-based singer, songwriter and guitarist Jose Luansing is testing the waters with his debut single ‘Flow’.

Jose’s new soul-RnB track is an introspective, warm hearted and sophisticated excerpt from his forthcoming project.

Jose Luansing is a hidden gem in Melbourne’s west. With Adriano Pruscino on keys, Josh Savusa on bass and Stefan Linares on drums, ‘Flow’ is fogging up the glass of jazz influences and lush, gospel-coated vocals. It came about by accident and pure serendipity. With an off-the-cuff suggestion to chill the tempo and strip it back, the instrumental was recorded in one take.

Moving aside the guitar for this arrangement, it is led with a classic, resonating piano. Flow weaves around a narrative of intentional movement and driving rim clicks, before being washed over by soulful, breathy vocals. Jose beautifully merges a dark vintage tonality with modern grooves and catchy melodies.

It’s almost impossible to listen to Flow without pondering something cerebral. The themes are grounding and laced with solace. Is it a meandering concoction of words from an old soul, or is it dripping with ambition?  Jose explains “It’s a serious kind of song, but I hope it can be easy to listen to… calming or even reassuring. It’s complicated, right? I actually consciously tried to keep it as open as I could.”

So Jose isn’t wearing his heart on his sleeve this time? “It’s there if you’re looking for it. It’s there if the person wants to find it. But mainly, I’d like to make space for the listener’s ideas and make sure they have room for what they think the song’s about. The song ends on a question, and I don’t really answer that question. I think that there are some questions that only you can answer.”