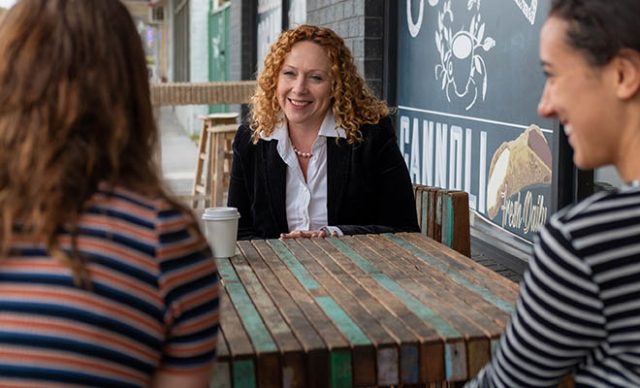 After the 2018 election, Labor’s Melissa Horne was sworn in as Minister for Public Transport and Minister for Ports and Freight. While the appointment of a first time MP to the high stakes public transport portfolio made headlines, the new Member for Williamstown making her inaugural speech in parliament hardly sounded like your typical, white-knuckled rookie.

Melissa spoke about her upbringing. She learnt from a tender age about fighting for what’s fair: both parents were teachers, and her father became municipal mayor before representing his community in Federal parliament.

Indeed, Melissa had championed a successful local campaign for a new high school in the inner west. And after holding two executive positions in government transport authorities, she was well-equipped for her ministerial duties. Melissa would endeavour to restore the Williamstown industrial hub to its former manufacturing glory and make the area more liveable for its working people.

The speech ended there, but with the benefit of hindsight, what happened next was just as interesting.

For an entire four minutes, half the duration of her parliamentary address, colleagues from all sides of politics surrounded Melissa with smiles — hugging, kissing and shaking hands. After a convincing electoral win, in a government with an historic mandate, this was the sort of celebratory scene that left you wondering: was it only blue sky ahead for Melissa and this government?

On March 16 in 2020, a little more than twelve months later, a state of emergency was declared in Victoria.  News of a worldwide pandemic left everyone — the population and politicians alike — reeling.  Months later, after the fallout from allegations of branch stacking, Premier Andrews announced a cabinet reshuffle.  Melissa would serve in a swag of more junior portfolios as: Minister for Consumer Affairs, Gaming and Liquor Regulation, Minister for Fishing and Boating and Minister for Ports and Freight.

Before Christmas, Melissa and her staff were handing out show bags when I bumped into her in downtown Williamstown. Cheerful, sunny as always, she agreed to be interviewed and reflect on her first term. During our recent phone conversation (Melissa’s household was isolating, so our intended cafe chat was not possible), I asked if the ministerial shift was a disappointment?

“Oh, I loved the challenges of new portfolios,” replied Melissa, seemingly unfazed by a mid-term switch in job description. “I’d never really worked in social policies before, so working with consumer affairs was incredible rewarding.  I’d never had that experience … and that’s some of the most complex legislation.”

Complex enough in normal times, but during a pandemic?

A crisis cabinet, comprised of senior ministers, was formed for the purpose of emergency public health decision-making. While Melissa was not actively involved, she was still a cabinet minister in a government pursuing a legacy-making agenda. For her, COVID-19 meant witnessing families in the community trying to keep themselves safe while dealing with the implications of the pandemic for her eclectic mix of ministerial responsibilities.

For instance, regulatory changes were needed so restauranteurs could sell a bottle of wine with takeaway meals. New laws were passed for a temporary eviction moratorium to keep renters in their homes during the pandemic. And a highly-successful dispute resolution process was also created. “That kept people in their homes when they may have been only relying on Job Keeper or Job Seeker to put food on the table,” Melissa tells me, clearly feeling fulfilled.

As she reflects on achievements, Melissa’s mind turns first to her electorate. “One of the reasons that I got involved in politics was because of education,” explains Melissa, true believer in the transformative power of a good school.

She made it her business to visit local educational institutions, learning of their needs so Melissa could advocate firmly on their behalf to the education minister. Tens of millions of dollars have been spent on facilities at local schools: Bayside High School, Williamstown High School, Wembley Primary School, and the new Footscray High School campus in Seddon. However, two highly-deserving standouts were Altona North Primary School and Yarraville Special Development School, which is the place of learning for some of our inner west’s most disadvantaged children.

As well, there were lasting reforms from a bag of government portfolios.

“The one that resonates with me in particular is ports and freight,” Melissa says, referring to the plan to move shipping containers from trucks onto trains.

Agreements were brokered with the Port of Melbourne and private freight operators, enabling construction to begin on the new railway infrastructure. The starting pistol had effectively been fired on Labor policy 20 years in the making. The Port Rail Transformation Project will not only improve freight movement around the state, but combined with the Westgate Tunnel Project, Melissa predicts thousands of trucks will come off local streets.

In the weeds, wonky portfolio work may bring lasting, statewide benefits, but when I ask if there was a moment making all the headaches worthwhile, Melissa chuckles at a memory much closer to home.

As a mother, she was acutely aware of the struggles for young families stuck indoors.  Melissa organised an online competition — The Primary School Isolation Challenge. In a fascinating record of lockdown life to be found on her official website, you’ll discover the myriad of creative ways children from the west kept themselves amused during ‘iso’.  Intricate drawings, photos and craft. An Anzac biscuit cooking class. Impromptu dance class. Even a lesson on how to apply an Olay face mask for that baby-soft skin. All contributors received a gift voucher from Melissa’s electoral office for the Sun Bookshop or Williamstown’s Book and Paper. It was a far cry from question time or committee work, but this simple competition provided a much-needed moment of light relief in extremely challenging circumstances.

Rail crossing removals completed, Westgate Freeway upgrade, multi millions spent on schools. These and other electoral achievements will be the topic of conversation closer to our state election later in the year. Melissa wouldn’t be drawn on what might be in store for the future; she’d rather keep announcements for the campaign trail. She does however reveal the sort of politician she aspires to be: “accessible and always willing to fight for what’s fair.”