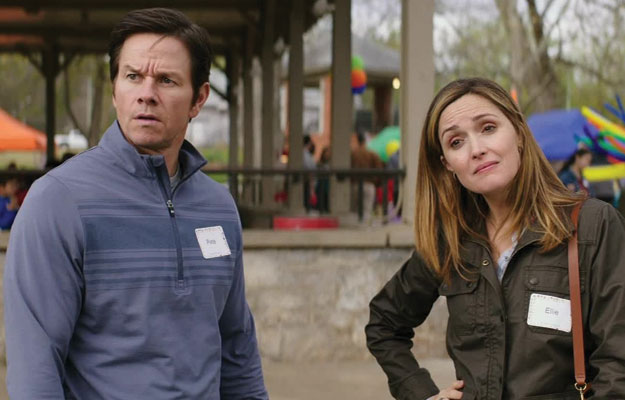 The trailers did not do this film justice, but it’s not the biggest of bad news. What the trailer failed to show was that it is more than just a cheesy comedy but explores so much more. This film is about a couple who believe that a baby right now will be much too stressful, so the decision is made to adopt. They meet new couples who will share their journey with them as they create an ‘Instant family’. The choice for only one child eventually became three and that’s where the trouble begins.

This film explores a deeper concept rather than being just a movie about adopting three kids. The struggles that the kids have been through physically and emotionally, and their stubbornness to accept the new life that is going to be given to them. It really is a genuinely funny film but it is also very emotional. The film explains what the kids are feeling extremely well which is a good move because it gives you more connection with them. Another thing about this film is that is sheds light into the foster care program, although in America things may be different but you still feel for the children.

Honestly this is a solid film and I know it’s early but it will definitely be one to remember. The emotional connection makes the audience laugh as well as a few sniffles of a runny nose that could be heard. Of course it’s for the whole family to see.