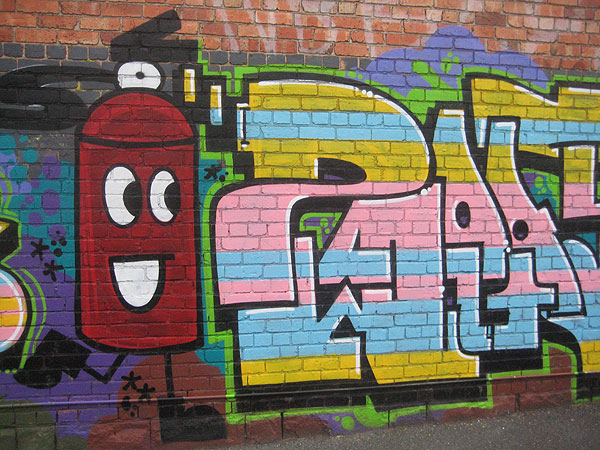 Ever since graffiti was introduced there were people claiming this was art, while others claim it to be vandalism. A survey was conducted on this subject in Werribee, with ages ranging from young teens to local business and shop owners owners.

The first question asked was: “what is the difference between vandalism and art?”

The majority of surveyees claimed whether or not the artist had permission was more important than how the graffiti looked. Most people also believed it was possible for tagging to still be artistic as long as no slander was involved.

However, when the question of graffiti being about the style or materials that were used, the general opinion seemed to be that graffiti was more about the style than the material used. The thought was that if someone has put a lot of time and effort into their work, and have used multiple colours without simply “scribbling”, then that would be considered art – but if the work looks like “it had done by a two year old” then that was vandalism, as stated by Noah Jobboury.

The surveyees mainly believed that when it came to graffiti, it lowered the standard of the town or city that it appeared in. As for the age people believed to be the graffiti ‘artists’, Stewart Woodward, a colleague at the Westsider newspaper, set the general standard which others agreed on almost unanimously as the age bracket of 16-25 years old being the main age group responsible.

Other questions were also asked in this survey, including “what would your reaction be if you found graffiti inside your shop?” The main problem with this question was trying to find answers appropriate enough to publish in a newspaper.

Overall it was agreed that community service and putting offences on permanent record was the most appropriate punishment for this scenario. Graffiti however is barely seen in rural areas, because in the opinion of Mark from OpenNews “it is generally seen as ‘taboo’ and associated with crime and tagging, rather than amazingly talented artwork.”

With regards to surveyees reaction to finding graffiti outside their shop, most people would tolerate it as long as it was relevant to their product and shop locations, as well completed skillfully.

Finally I asked if “the answers to the questions I have asked would have been similar if you had a different job”, the most insightful answer came from local man ‘Kristoffer’, who said “Yes, personal background can affect your perception of things, as I am part of the Art community, I can appreciate it more. But I can’t say the same if I was more of a business person.”

So graffiti; “Vandalism or art?” You decide.