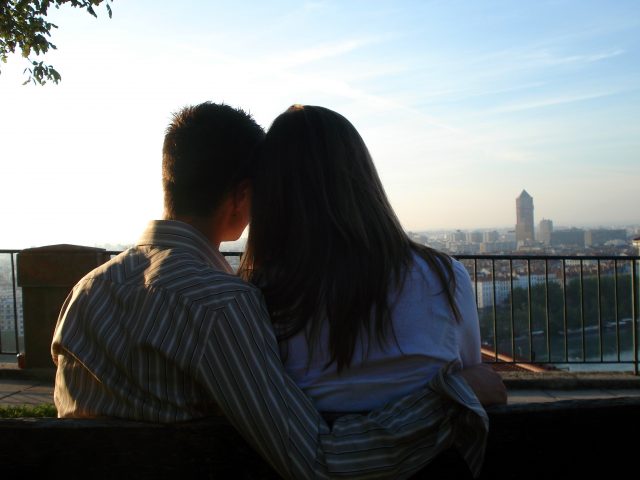 Master Chef, Survivor, Idol, Big Brother – the list goes on and on. TV ‘reality’ shows with contestants who stress, cope and compete all for one reason; to win the game.

OK, so only one of these shows actually calls it a ‘game’ but every contestant that competes on any of these show compete by doing everything they can to beat their competition. Whether through the good use of culinary skills, stealth and physicality, singing or being popular, they all play the game for one reason and one reason only… to win.

As a writer of many things, there is nothing I love more than to write about love and relationships. Now you may be wondering what has me writing about ‘reality game shows’ and what that has to do with love, but let me tell you the answer… a lot.

As we have evolved with everything you can think of since the early days through to now, so must love/courtship and relationships. But the one thing that seems to be evolving in relationships more than anything else is the incessant need for the insidious notion of ‘the game’.

Back in the early naughties (2000 onwards), I was introduced to this ‘game’ that people played to win the title of ‘relationship’. Now, it may sound strange me saying that there is a game people play when it comes to love. Not only is this true, it is, but I believe it’s completely detrimental to relationships before they have even begun. In this writer’s opinion you may as well say ‘Game Over ‘before you say ‘Nice to meet you’.

Yes believe it or not the game is out there and though it is not written in stone, if you don’t know of it, chances are you just haven’t played it or you have been lucky enough to be in a relationship where neither party entertains this notion.

It all starts with the moment you first lay eyes on the person. Now to those of us who don’t play this game, we look at the person and think pure thoughts such as; ‘oh he looks nice’ or ‘I wonder if I should say hello’, but to the trained mind of someone who does play the game, it’s more insidious. ‘What do I need to do to GET him?’ or ‘How can I WIN him over?’

Now these may sound like innocent questions to you, but note the capitol letters and you’ll begin to get an idea of what I mean when I refer to ‘the game’. To these people, it’s not about finding someone and falling in love. It’s about winning him over and doing everything you can to keep him.

OK scenario time. So we reach the end of the first date and, common occurrence, person A (we’ll call him Simon) has taken person B (we’ll call him Luke) home. Luke thanks Simon for a wonderful evening and Simon, ‘happy as Larry’, drives away. Meanwhile Luke is entering into the games ‘paranoia mode’ as he starts to wonder little things like: ‘why didn’t he follow me to the door?’ ‘Where was my kiss goodnight?’ and ‘OMG we didn’t even plan date number two.’

This then leads to more paranoia as Luke thinks: ‘does this mean there isn’t going to be a date two?’ ‘Does he not like me?’ and of course the usually unavoidable, ‘what did I do wrong?’ Meanwhile do you remember what I said about Simon? He thinks the date went well and by now has gone home, made a cup of cocoa and is watching some show on TV while reminiscing on the highlights of the date.

From just looking at this example we can see that while the date in question went quite well, both parties went home with completely different feelings about the situation because of the way ‘the game’ is played.

Now, one way to deal with this situation is for Luke to pick up the phone and call Simon to share his thoughts or even keep it simple and request another date right? ERRRRRRR WRONG! WARNING! MAY-DAY, MAY-DAY! STOP RIGHT NOW THANKYOU VERY MUCH! According to those ‘in the know’ it is downright wrong to call someone right after a date as it seems ‘needy’ and ‘pushy’. OK in my opinion ‘says who’? I’d much prefer my date to call an hour later to tell me he’s still thinking about me, than wait an ‘obligatory’ three days to talk to me. But ‘those are the rules’.

Now OK, in a normal situation, like going to school, this system is quite ideal, but in this case, the rules are as crazy as going on an all-citrus cleanse (You know the kind I mean, where you starve yourself for 6 days having nothing but citrus). Some of these rules discuss ‘when’ things should happen such as:

Others discuss what you should do and do not do including:

I know, I know, when I read that last one myself, I was like ‘whaaaaaaaaaa?’

So back to the example of Luke –  I’ve had a few people in Luke’s situation discuss it with me before (as the single one of the crew, insert joke here) and it never ceases to amaze me the lengths and depths to which this paranoia sinks. I’ve had one person tell me he didn’t hear a certain affectionate term for many months which forced him to ponder how true the other guy’s feelings were. I’ve had another who thought her partner was cheating on her every time he left the house as things weren’t ‘adding up’ and one who told me that she thought her partner was cheating for months and then one night he came home from work with a brand new television for her and the kids and her reaction in her mind was “See? He is cheating.”

Now while it’s easy to sit here and point fingers and say “You there playing the game, shame!” I actually feel worse for those who know the game, don’t play it and yet fear their partner does (as the above illustrates). It’s so easy to get wound up and paranoid and as Catherine Tate would say ‘Go completely men-all’, but I can’t help but think if we all just threw out the rule book, held hands and took a collective breath and hit that refresh button, that next to none of this paranoia would exist.

Let’s take the guy who feared for his relationship after a certain amount of time passed and that certain affectionate word was not muttered. Now, the ‘rules’ state “Wait this amount of time before saying (that word) so you don’t get hurt!” That! Right there! Sucks you in doesn’t it? Don’t get hurt, do this, this way. When if his partner had not cared about the rules and just said what he felt he may have said ‘that’ word within the first week. Or, if you will, the guy could go and talk to him about it, but remember what I said earlier? Doing that is WRONG!

I take so many issues with this ‘game’ as I’m sure you can tell, but what upsets me most is merely the fact that it exists. Whatever happened to the days of old where people went out on dates like…normal people and not people who needed to keep every hoo-hoo and haa-haa in check because otherwise ‘dream guy’ will run off and get with ‘sl*#ty suzy!’

Topdatingtips.com completely blew me away with one of their opening statements on their website “If we accept that dating is a game, then there are rules to that game. There are winners and losers. If you know the rules in advance, it gives you a head start.” And apparently one of these rules (in fact rule number 2) is “Never reveal information you don’t have to.” Now come on! I’m seeing many issues with this as it opens itself up to so much. Firstly, what information don’t I have to reveal? Second, what does that leave? And third, and more importantly, why not? If I’m on a date with someone and he asks about my interests should I really be sitting there thinking ‘Oh god, ooooh god, what do I say? If I say tennis, he’ll think I’m a wuss, if I say art he’ll think I’m ‘airy-fairy’…’

Another rule: (no joke it’s on the site) “Ensure you receive flowers. If he doesn’t know what a florist is dump him.”

Are you kidding me? Let’s just shelve the fact that the guy may be on a single-person income and not working or working a low paid job and who has just enough for the date itself. No, no, let’s just ignore that. He didn’t buy me flowers, he’s dumped! Ye-ah! Come-on!

At the end of the day a game has one objective and one outcome, a winner and a loser/multiple losers. If we don’t play this ridiculous game we cannot lose.

So I ask again, why play it?

DATING IN LOCKDOWN IN THE MELBOURNE’S WEST

SO WHAT DO YOU DO? SEX THERAPIST