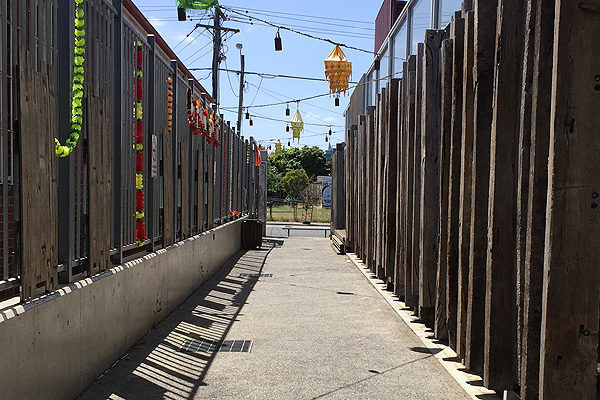 Time Out magazine has had a look at the 50 coolest neighborhoods in the world and Footscray came in at number thirteen!

Better still, Footscray was the only Melbourne suburb to make the list. St Kilda got a serve as ‘Melbourne’s most overrated suburb’ and poor old Sydney was ignored completely.

In fact, the only other Australian suburb that got a look in was Hobart’s Waterfront, hurtling into number six, thanks largely to that rare human David Walsh and his palace of contemporary art, MONA.

The survey: Each year, Time out surveys its editors and conducts a global questionnaire asking more than 34,000 city folks about their go-to cultural and culinary offerings. Participants are also asked to rank their best, most undervalued and most overrated neighbourhoods.

It is a timely acknowledgement of the maturing of our neighborhood and the shedding of its reputation as a parking lot for factory workers that we have long left behind us.

Here we are, all grownup and sharing the limelight with suburbs in such cities as Lisbon [the winner], New York, Paris, Berlin and Madrid.

The verdict: And here’s what Time Out said about us:

‘Whoever came up with the phrase ‘west is best’ must have been thinking about Footscray. This inner-city neighbourhood is the brightest jewel of west Melbourne, primarily thanks to the migrant communities that call it home. A melting pot of cultures from places as far-flung as Vietnam and Ethiopia have brought touches of their home countries, which means you can scoop up a goat curry with fresh injera, slurp up pho and hunt down the best cannoli in town – all in the same street. And hot on the heels of the neighbourhood’s foodie reputation is its growing arts scene, thanks largely to the Footscray Community Arts Centre (FCAC): a central hub for cultural expression, contemporary arts and community involvement.’