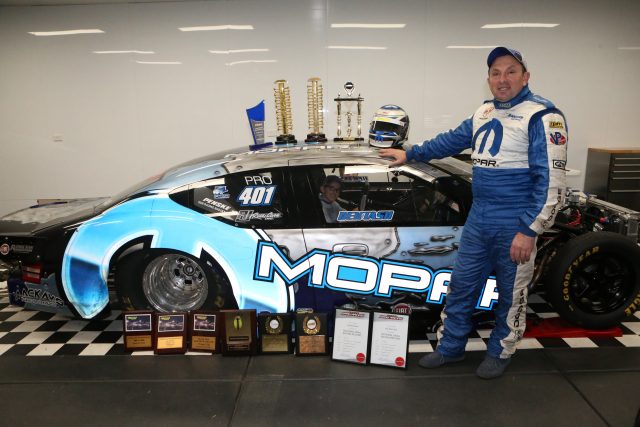 Did you know, the world’s fastest man lives in St Albans, and no, it isn’t Usain Bolt.

His name is Lee Bektash, and he is a driver for FIAT Chrysler (who supply the car) and Mopar Racing (who supply all the parts). He’s the number one drag-car racer in Australia, as well as holding the world record for the quickest time with a small block powered car and naturally aspirated car for the quarter mile – 6.87 seconds, clocked at a speed of 200.14mph.

I recently spoke to Lee about a few things; his childhood, and the reasons he became such a huge car fan.

He was born in Kyabram and moved to Melbourne when he was 5 years old, where he was raised in St Albans. As cousins we naturally met as children, and for as long as I can remember he has always had an affinity with cars – and the faster the better. From a young age he was either talking about cars, or reading the monthly edition of a car magazine, and to this day that is what you will still find him doing.

The first car he drove was a Holden Kingswood which his father owned and passed onto him. His father would always encourage Lee to work hard as he was a hardworking man himself, having migrated to Australia from Albania many years ago with nothing but a suitcase.

It all started when he was 4 years old, he and his family lived in Kyabram, and his father would drive the whole family to Melbourne most weekends, and would allow Lee to sit on his lap for the entire drive – which in this day and age would be a criminal act – with Lee begging his father to go faster. His father gave him his first car so when Lee received it he replaced the front end with a Holden Statesmen front end and also converted the motor to a worked V8.

Lee said; “Even before my dad passed the car down to me, I had already thought of what I was going to do to modify the car”

Before he started his career in drag car racing he was into something called ‘Slot Cars’ – which was a remote control car – where he won many trophies. But that was not enough for Lee as it wasn’t fulfilling his need for speed and the adrenalin rush, and from there he became more and more involved with drag cars before investing in his own car which was a Holden Calibra.

“When I had the Calibra it was more of a hobby than anything” he said.

He still lives in the western suburbs of Melbourne with his wife and four children and shows no signs of hanging up his keys anytime soon, even though he is in his mid-40’s, mainly because he continues to win tournaments across Australia, breaking records along the way.

Lee has defied the odds of a western suburbs upbringing to become extremely successful in an industry that he loves. His second child Leon, is an avid young drag car fan as well and is actually part of the youth team for FIAT Chrysler Mopar Racing alongside his famous father.

When he travels, he takes his son and a crew of up to 20 people, but they normally travel by car and tow the race car across Australia, as Lee is afraid to fly by plane. If he is forced to fly he usually sleeps through the flight. He has seen a lot of Australia due to the fact that he travels by car so much when he has to race interstate, so obviously he is extremely well known in drag car racing circles across Australia – as you would be having the fastest time down the quarter mile on the planet!

But has Lee ever thought of relocating overseas and taking his passion to the world stage? “I’ve lived in the west all my life and I can’t see myself living anywhere else at least for the time being”

He has won 8 tournaments in total over the last 7 years, while breaking the world record along the way. He also has a few runners up finishes, and has every intention of continuing in the same manner – his contract with FIAT Chrysler runs until 2017 and will most likely be extended.

Lee’s final word “I am hoping my contract is extended, as I want to retire on my own terms – and because I am still the number 1 drag-car racer in Australia!”