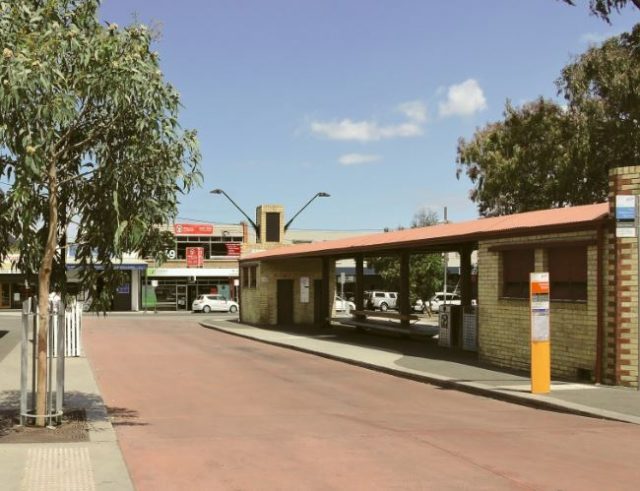 As the visible facade of an often criticised organisation, a councillor’s existence has its ups and downs – it’s a bit like coaching an AFL team, when you’re winning everyone wants to be your friend, and when you’re losing the knives come out. So why would anyone still do it? The Westsider recently met Councillor Cameron McDonald from the City of Maribyrnong and asked that, and many more questions.

I came from the other side of town and I just saw the way things operate here and felt that it wasn’t good enough. I felt like I would like to make a contribution and hoped that I could do a better job.

Q. How many hours a week does a councillor have to commit to this role?

A. A minimum of 10-12 hours a week, but you could easily double that without too much effort at all, 10-12 hours would get you to a meeting, prepare briefing notes, then you add in time for interviews, visiting people on weekends and checking out leaking gutters, trees fallen over, graffiti, cleaning up needles and sporting grounds.

Q. Does that take discipline keeping your commitment to where it should be rather then allowing it to blow out?

A. No, I think in many cases its an emotional thing. So if there is something that needs to be done, you just need to go through with it – it could be quite simple, or it could be a case where we can’t do anything. We can’t control if the Maribyrnong River is going to flood, or if there is potholes, or if  VicRoads won’t mow along their roads, we’re limited. But if it’s a case of where we can actually help, that could be based around parks once again; needles, playground equipment, the real things. So really (we spend) as long as it takes to get it done.

Q. How do you balance your local government duties and your professional business?

A. I don’t think you can, any role as a business owner expands to the valuable time you have to use it. During any given day I could be doing my family duties then business as well as council obligations, so you’re forever changing, setting priorities and then going from there. But you sign up for it your – not recruited for this – you choose to do it. So the motivation is different.

Q. How does one become a councillor?

A. You get elected! You need to be passionate about what you’re doing, run with a campaign and get elected and fingers crossed. There is a lot of walking, letterbox dropping. You get so good at flyer dropping you can get a flick of the wrist and won’t need to break stride, well the old metal letter boxes anyway. When I’m campaigning I do about 3 to 4 hours. This council had seven ‘wards’, and they changed the boundaries for the next election, it became seven councillors for 3 wards. I knew the previous councillor and I thought I would run for council. Its good, it can be intimidating because people say ‘Hello Mr Councillor, I have a question about the rubbish’, or the foot path. I agreed to this, you take the good and the bad, but there is a lot of good we do. The functions I go to with the deputy mayor for the citizenship ceremonies are the best by far, I enjoy them so much!

Q. How much can you influence the issues that people bring up with you?

A. It depends, we have a lot of influence, where we can help. So for example, this metro tunnel may or may not happen, we really have no influence at all on if that will happen or not. We’d like it to but we can’t make it happen. We can fix swings in a playground, we can build a kindergarten in Braybrook and these sorts of things. So where local government has the power to act then we have quite  a lot of power to make Council act in that regard. Planning for example, some of the buildings through here we would have had a say. The student village at VU on Ballarat Road, we had very little say in that because it was done on Federal Government land so the education minister decided, and we used our influence on the street level. How do we make the street-scape better for the people that lived there at the moment?

Q. Do you see progress with your and the councils current goals?

A. Yeah I do actually, This council is quite focussed. There’s three new councillors, a new C.E.O, and we had a new council plan.For the first time perhaps in a generation we’ve actually got some money to spend, so we’ve been spending that. My focus has been along the river. Probably Pipemakers Park is the biggest one at the moment. It’s quite dramatic what we’ve done down there. Previously It was neglected, and now that is under the control of the Council, we look after it, We’ve got an asset, we have created something out of nothing.

Q. Which side of the political spectrum do you see yourself on?

A. I’m an independent. I’ve voted for all parties in my voting life. Labour, Liberal, Greens. I’m very much issue based – some things I agree with – this government I disagree with this and that. I don’t have any preconception or predetermined ideas because ‘I vote this’ therefore I have to perform my role like ‘that’.

Q. How much power does a councillor actually have to enact change within the community?

A. In terms of actual power not that much. Influence is a different word to power. Even under the Local Government act we’re quite constricted with what we can do, but you might come to me and say “Listen, we need a hand with a park” or grant or some sort of enterprise. Then I can push it up-stream through Council. I can’t go to Council and say you must give The Westsider X amount of money, but what I can say is “Here’s an opportunity for council”. So what would happen is Council would make a decision and Council laws would ratify that decision, so we’re protected from the decision making until it comes to the ‘Yes’ or ‘No’ at the end.

Q. Have you ever been faced with a potential conflict of interest?

A. No but council has a whole legal team based on conflict.

Q. Currently what particular issue is your biggest focus within the city of Maribyrnong?

A. I think the biggest issue we have is rates because our rates are quite expensive – that will start to drop dramatically. Our rate increase this year will be one of the top 10 lowest in the metro area, but it just goes back to how we got into debt and how we had to pay it back. Now were catching up – rebuilding a lot of infrastructure so the rates realistically can come down again.

Q. How does a Council go into debt?

A. The regime well before me – in 1989-90 – went guarantor for a developer. The recession we ‘had to have’ happened, the value of the property dropped dramatically, the developer walked and we were left with the bill. We still owe I think a couple million dollars.

Q. Council goes through periods of unpopularity with residents from time to time, how do you deal with this personally as a councillor?

A. Council is not the place to be popular or to be loved. If you want to be popular and loved you’re better of being a clown at children’s party. You have to make tough decisions – if you do this to be popular this is not for you. I have people that are not happy with me. They will often comment politely, professionally. Some people get angry. You put yourself up to make decisions you take it with that.

Q. What personal political ambitions do you have for the future?

A. None, I love what I do. I love local level Council because in many cases you can get something done quickly on this side of town. I keep an eye on it and I have friends and colleagues that go through as independent quite well. I’m self-employed and my wife has her own career, throw in a couple of teenagers and I have enough on my plate!

Q. Did you grow up in the west?

A. No, we moved to Braybrook, bought the block in Maribyrnong, then moved to Williamstown for a year while we built. So I have been here for a while. But I still get lost, so my wife doesn’t consider me a westie. She is a westie, she was born in Deer Park, went to school in Braybrook, lived in Hoppers then went back to Braybrook. So I still get confused, what’s this road, what’s that road.

Q. A few months ago there was rumours around about Maribyrnong getting a train station?

A. No, there will not be one. First you need the political will and then you need serious amounts of money. The previous State government did have a proposal that linked the Showgrounds, Highpoint and Keilor. It is not practical which is a shame.

Q. We couldn’t have a conversation without asking about parking meters in Yarraville. From the outside it might look like a small issue but it probably has been taking up a sizeable amount of your thought process over the last year or two

A. Look it was a big issue in Yarraville. I gave my point that the fact is Council needs more revenue from outside of rates, so if you want cheaper rates we have to get the money from somewhere else, so that was always my feel for it.

Q. A few people considered it a ‘demographic tax’

A. It couldn’t be more unfortunate that some individuals felt that some neighbourhoods should be treated differently from others, which I find unhelpful and impolite.

A.It was more the people against the parking meters; “Why is this happening to Yarraville”, but this has been happening in Footscray for a very long time, and it happens everywhere – the city of Melbourne raises hundreds and thousands of dollars from parking meters. The biggest issue is to get the rates down, and the best way to do it is to put in parking meters.

Q. How long have you been a Councillor?

Q. The Election is coming up next year, will you run again ?

A. I don’t really think about it, I don’t wanna be the sort of politician that wastes all his time thinking about being re-elected. I think you drop the ball when you do that. you just start taking the path of least resistance.

Q. Last question – what footy team do you barrack for?

A. I’m dyed in the wool Collingwood, sorry.