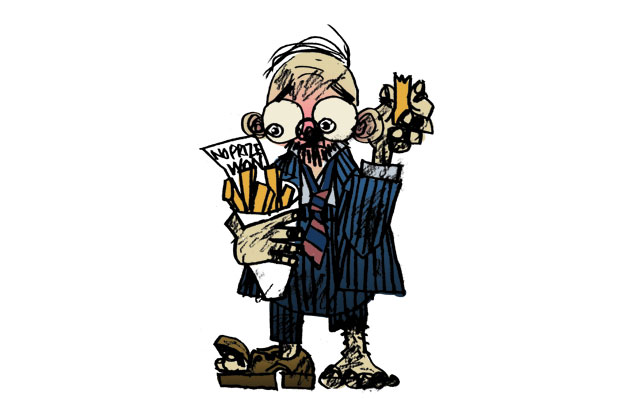 Edward was an accountant.
He loved numbers.
Since Edward was a small child he awed at the uncanny stable characteristics of numerology.
It was comfortingly stable.
His wife Jane had provided two children into Edward’s life. Jill and Little Eddy. The highlight of each week was their regular Friday night fish and chips.
Edward was happy.
But the most exciting time of year for was the termination of the fiscal year: tax return time.
He would often be beside himself with excitement in anticipation of this upcoming event.
Edward was destined to live out his days in the secure comfort of routine and predictability.
Except fate had other plans, in the form of a lottery ticket.
Given to him by a client on his 36th birthday, the ticket was of the ‘scratch and win’ type.
The prize was two dollars.
Edwards mathematical mind raced passionately, his head bursting at the seams with possible permutations.
He couldn’t sleep. He started to ponder the implications of becoming fabulously wealthy.
Here was a passion that was an exact fit for his exceptional skills in numerology. His success was guaranteed.
Edward found himself reading society columns.
He became envious of attention the people with lots of money had.
At every opportunity he would research the behaviour of people who had so much money that they didn’t know what to do with it. The absurd spending, the outrageous clothes, the ridiculous names they had.
Edward ached to become disgustingly rich.
Numbers, his beloved friend would be his vehicle to fulfil his uncompromising lust for money.
Edward started betting. His passion for gambling became paramount.
Every gambling place he went to promised a luxury existence beyond imagination, for a paltry wager.
Edward was very happy.
He loved gambling, lotto’s, horses, pool, dogs, raffles, darts, casinos, bingo, poker machines, flies on the wall.
Betting was more exhilarating than he could bear. It delighted him beyond words, consuming every waking moment.
Skipping days at work…
Getting home at extremely late hours…
But Edward persisted. The odds were with him.
Edward knew he would ultimately be repulsively wealthy.
Envied by jealous eyes, scandal stories written, prying into every aspect of his life.
He would embrace media attention, then ask to respect privacy.
Become ignorant of the financial struggles of others.
Grow selfish, fat and lazy.
Contributing nothing to society.
Possessing every make and model of calculator.
He was very, very happy.
Jane could take no more. She packed up the kids and went home to mum.
The business went to the wall. The possessors scavenged what they could.
His quest had left depleted funds.
But Edward was extremely happy.
He knew the lucky number would come.
He would be the richest person in the world, having whatever he wanted.
With lots of new friends, who only love him for his money.
Edward the happiest person in the world…
Soon to be the richest as well…
Edward blissfully happy and content…
Sat in the gutter eating some fish and chips he had found in a bin.

DIFFERENCES BETWEEN AN ACCOUNTANT AND A FINANCIAL PLANNER